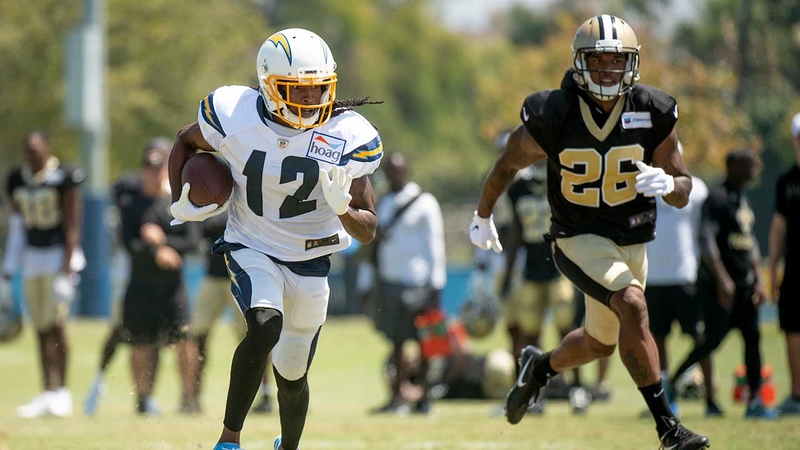 COSTA MESA, Calif. (KABC) -- The Chargers will be without Derwin James when the team takes on the Saints in a preseason game Sunday in Carson, following a foot injury that left the All-Pro safety sidelined indefinitely.

Sunday's matchup comes after the two teams held joint practices this week -- highlighted by a friendly quarterback challenge between Philip Rivers and Drew Brees -- at the Jack Hammett Sports Complex in Costa Mesa.

James suffered a stress fracture in his right foot at one of the scrimmages Thursday after the Chargers intercepted a pass from Brees. There was some speculation that a fellow Charger may have stepped on James' foot during the boisterous celebration.

"With his production, with his intangibles, we're going to miss him a lot," head coach Anthony Lynn said. "But I mean, we're a team. I think we have a good team, so we have guys that'll step up and we'll be fine."

James played all 16 games of his rookie season, led the Chargers in tackles and was named to the Pro Bowl.

Two upcoming Chargers preseason games will be broadcast on ABC7, along with pre-game and post-game shows: at 7 p.m. Saturday, Aug. 24, against the Seattle Seahawks and 7 p.m. Thursday, Aug. 29, against the San Francisco 49ers.

Bolt Fam held it down all camp 🙌 pic.twitter.com/NjMFvBvMBG