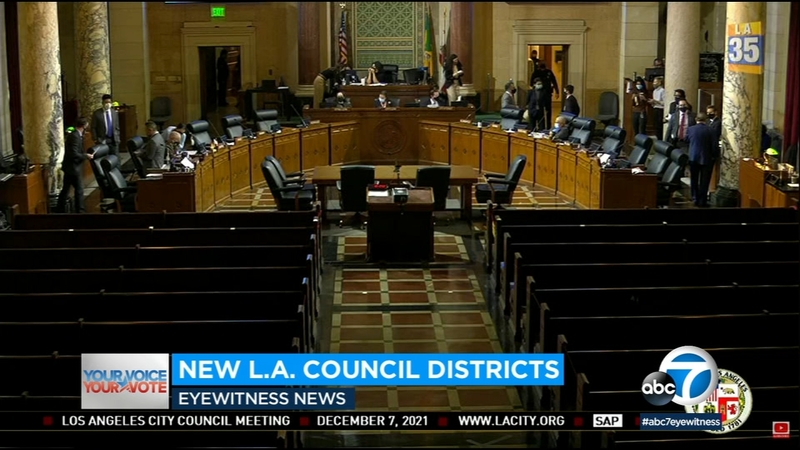 LOS ANGELES (CNS) -- The Los Angeles City Council on Wednesday approved new borders for the city's 15 council districts, which will go into effect on Jan. 1.

The council took over the redistricting process from the civilian City Council Redistricting Commission, which submitted recommendations to council members on Oct. 21. The 21 commissioners used data from the U.S. Census to update the city's districts, with each council member getting about 260,000 people to represent.

The draft map made drastic changes to the current 15 council districts, including creating an entirely new district that would have been represented by either Councilman Paul Krekorian or Councilwoman Nithya Raman without any of their previous constituents.

When it reached the council for its portion of the redistricting process, Council President Nury Martinez blasted the map, saying Los Angeles "cannot reasonably move forward" with a draft map that "raises concerns for so many marginalized communities."

Council members introduced dozens of changes to the borders, creating a hybrid map that then underwent two state-required public hearings in November.

The Los Angeles County Board of Supervisors will also see new district boundaries after Jan. 1. In the county's case, the lines are drawn by the Citizens Redistricting Commission and the board has no authority to change the map.