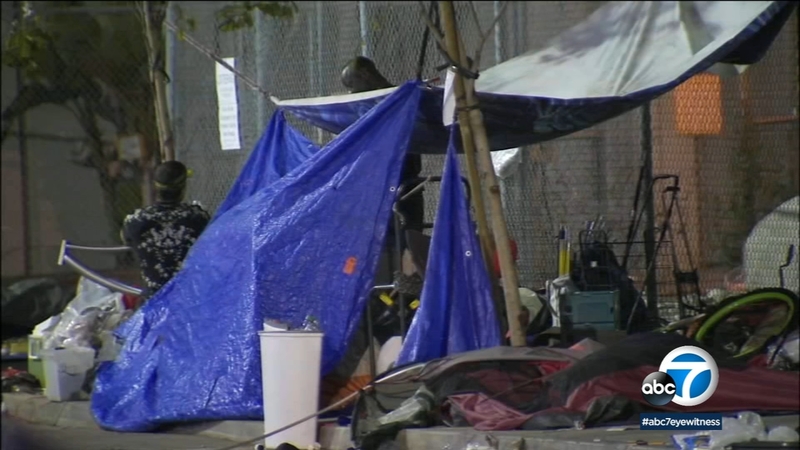 DOWNTOWN LOS ANGELES (KABC) -- The Los Angeles City Council agreed to settle a lawsuit that prevented the city from seizing the property of homeless people living on Skid Row on Wednesday.

Homeless advocates claimed that tents, clothes, medication and other essentials were improperly being seized.

"It should be cleaned out, but if these people have nowhere to go, where are they going to go?" Ana Duarte said.

Some people worry things won't get any better after the council voted to settle. So far, the terms of the settlement have not been released.

An attorney with the Legal Aid Foundation said the city made the right decision to cut a deal.

"This settlement ensures that people's constitutional rights are protected when they are unhoused on the streets of Los Angeles," Shayla Myers said.

For years, the city struggled with how to handle homeless encampments. In 2016, it passed an ordinance that limited the property of homeless people to whatever would fit in a 60-gallon bag. Civil rights attorneys filed a lawsuit on behalf of homeless people.

A federal judge then issued an injunction, preventing police and city workers from seizing and destroying peoples' belongings.

"It allows to ensure that homeless folks on Skid Row are given ample notice when a street clean-up happens," one person said during public comment.

The injunction also forced the city to store homeless peoples' impounded property to be retrieved at a later time.

Business groups have argued against settling the case, which could keep many of the injunction's requirements in place. They also argue it hampers police enforcement on Skid Row and contributes to the spread of diseases, including a typhus outbreak.

Some workers said the problem of homelessness is just getting worse.

"A lot of homeless people will come in to the place where I work and ask people who are paying to eat there for money or for food scraps. They kind of have to shoo them away, and it's unfortunate, but it is what it is," Erin Mogensen said.