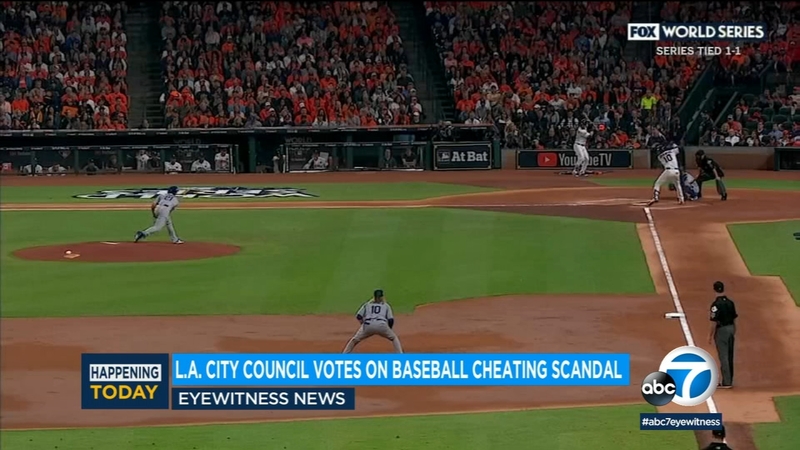 The league admits the Houston Astros cheated by stealing signals in 2017 when they beat the Dodgers in the series.

Former Boston Red Sox manager Alex Cora reportedly admitted to playing a central role in the scandal when he was a coach with the Astros. Cora then went on to coach the Red Sox in 2018 when the team beat the Dodgers.

"We seem to have a culture of cheating in this country, and it's time to say, no, this is not the new norm," he said.