The trio is also accused of falsifying reports to cover up the alleged excessive force and causing Carrillo to be criminally charged with attacking the deputies.

Gonzalez, Ayala and Luviano have all pleaded not guilty.

The L.A. County District Attorney's office dropped criminal charges against Carrillo shortly before trial, and Carrillo has since settled the civil lawsuit he filed against the LASD for nearly $1.2 million.

In opening statements Tuesday, federal prosecutor Lizabeth Rhodes told jurors that Carrillo "entered Men's Central Jail as a visitor and left bloodied and on a gurney."

Carrillo and his then-girlfriend Grace Torres arrived at the jail on Feb. 26, 2011 to visit Carrillo's brother Robert, who'd been injured in an altercation with deputies two days prior.

Prosecutors admit Carrillo was worried and angry about the alleged mistreatment of his brother by members of the LASD.

Carrillo and Torres both brought cellphones into the visitor lobby of the jail, which is against the law and a misdemeanor offense. When the phones were discovered, both were handcuffed and taken into a deputy break room near the visitor center lobby.

"He mouthed off," Prosecutor Lizabeth Rhodes says of Carrillo when Deputy Pantamitr Zunggeemoge initially asked him if he had a cellphone.

"Yeah, I have a cellphone. What the [expletive] are you going to do about it?" Rhodes says Carrillo asked the deputy.

Prosecutors describe the break room as a windowless room with no cameras, and it was there that matters quickly escalated. They say Zunggeemoge pushed Carrillo up against a refrigerator, searched him and then raised his handcuffed arms behind his back to "cause him pain and shut him up."

Carrillo told his girlfriend "If I weren't in these handcuffs, it would be a different story."

According to prosecutors, Zunggeemoge and Luviano "hit, struck, whacked, punched and jabbed Carrillo in the face and upper body all under the watchful eye of Sgt. Eric Gonzalez."

Rhodes showed jurors a photograph of Carrillo's swollen and bloodied face as she described the alleged cover-up.

"They had to justify the force, and so they lied, " Rhodes said, and also called the main report a "work of fiction."

All three defendants are accused of falsifying reports by stating that Carrillo threw the first swing when they took the handcuffs off one of his wrists to fingerprint him.

In their opening statements, defense attorneys point to that as the key issue, and say everything went south when one of Carrillo's hands was freed.

Gonzalez's attorney Joseph Avrahamy told jurors that Carrillo "swung his left elbow," attacking the deputies. Avrahamy and other defense attorneys describe what happened next as an authorized use of force that included a "takedown" to gain control of a combative Carrillo.

The jail's visiting center can be a dangerous place, defense attorneys said, where visitors have been known to smuggle drugs or other contraband in for inmates.

Defense attorney Bernard Rosen described Carrillo and Torres as two people "who can't seem to obey rules or the law."

It is not in dispute that the pair ignored posted signs that cellphones are prohibited. Torres had two phones on her - one hidden in her boot.

Carrillo, defense attorneys say, was "struggling, kicking and spitting blood." None of the deputies was seriously injured, but the three were checked out by medical personnel because they were exposed to Carrillo's blood.

Defense attorneys also cast doubt on the expected testimony of Zunggeemoge, who was initially charged in this case, but has since entered into a plea agreement with prosecutors and will testify against his former co-workers.

"This case is about lies and nothing else," Ayala's defense attorney Patrick Smith told jurors. Smith says there is "uncontradicted evidence" that Carrillo used his one free hand to swing at the injured deputies.

Zunggeemoge began his testimony late in the day and is expected to retake the stand Wednesday morning.

A fifth deputy who was initially charged in the case, Noel Womack, has also taken a plea deal with prosecutors and is expected to testify for the government.

Womack's plea agreement describes a culture of excessive force and cover-ups at the jail's visitor center and says Gonzalez urged them to "snatch up" and arrest anyone who looked suspicious.

Testimony will resume Wednesday, and Carrillo is among those expected to take the stand. 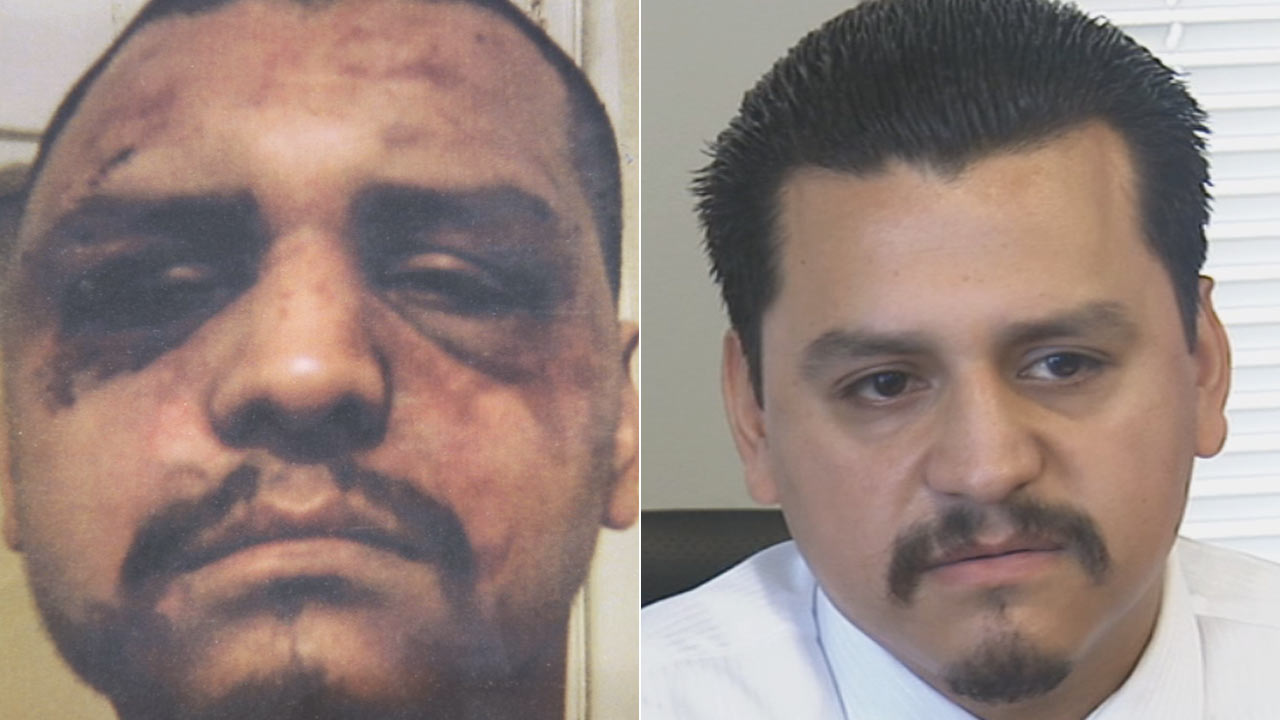