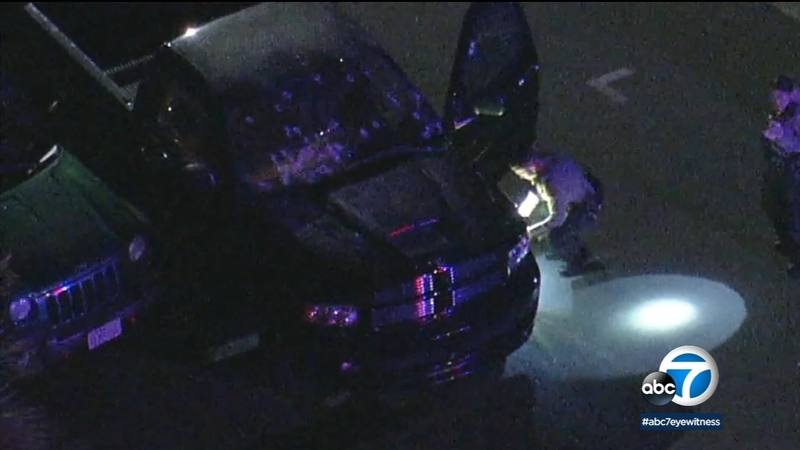 2 arrested in shooting of LA County sheriff's deputy in Lynwood

LYNWOOD, Calif. (KABC) -- Two suspects have been arrested after a Los Angeles County sheriff's deputy was shot and wounded in Lynwood.

Investigators say deputies responded to a robbery call near Alameda Street and Fernwood Avenue just after 7 p.m. Monday, according to the Los Angeles County Sheriff's Department. A citizen in the area flagged them down and indicated he had been robbed at gunpoint, and provided a description of the suspects and vehicle, a black Dodge Ram pickup.

The deputies spotted the vehicle leaving the scene and then located it at the end of a cul-de-sac where it "made a U-turn and began driving towards the deputies."

Authorities say the deputies were then met with a "barrage of gunfire from the suspects." A shootout occurred near 112th and Lorraine streets and one deputy was struck by gunfire.

The deputy, who has not been identified, was transported to a hospital in stable condition, and his injury is described as a graze wound to the head. The injured deputy is expected to make a full recovery.

The second suspect was arrested a short time later after a high-speed chase ended in a crash near Eastern Avenue and Whittier Boulevard in East Los Angeles.

A second shooting occurred when the suspect tried to run, but no one was hit. The suspect was taken to the hospital for injuries he sustained in the crash.