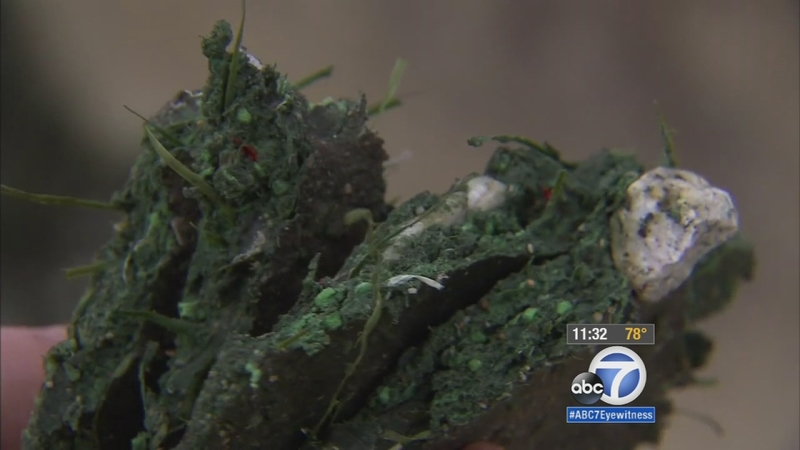 LOS ANGELES (KABC) -- Sports fields at five Los Angeles high schools will be replaced after the plastic that made the base of the synthetic fields melted into clumps.

El Camino Real, Fairfax and Sotomayor high schools have all begun to replace the fields, forcing football teams to play away from home. Field repairs are scheduled in September for Diego Rivera High and after this season at Washington Prep.

The once beautiful, million-dollar, synthetic football field at Sotomayor Learning Academies has sat unused for about two years. The plastic in the synthetic field melted under the punishing sun and had to be ripped up.

All five synthetic turf fields failed after the plastic foam beads melted into clumps. LAUSD said it noticed the problem about three years ago and deemed the fields off-limits to students.

"We always err on the side of caution. If it looks like it was going to be in an unsafe condition, we took them out of service," said Mark Hovatter, chief facilities executive for the LAUSD.

Mayorga says it's been tough for athletes hitting the road every game.

"It's been a frustration for our athletic director and for our teams, our soccer teams, you know, championship team, our football team," he said.

The district says it's working with Regal Field, a Chinese company that manufactured the synthetic material, to pay for a portion of the cost to install the new football fields. The schools installed the fields within the last five years.

The company allegedly offered an eight-year warranty on its work, but some of the fields have melted since then.

"They've already offered us some amount of money, we just didn't think it was enough," Hovatter said.

The district plans to have new turf on all five fields by the end of the year.

"We're on the final stages on several of them. One of the issues [was] we were in debate with the manufacturer about who should pay for the replacements and rather than have our students suffer and not have a place to play, we decided to go ahead and front the money, and now we're seeking reimbursement from the manufacturer," Hovatter said.