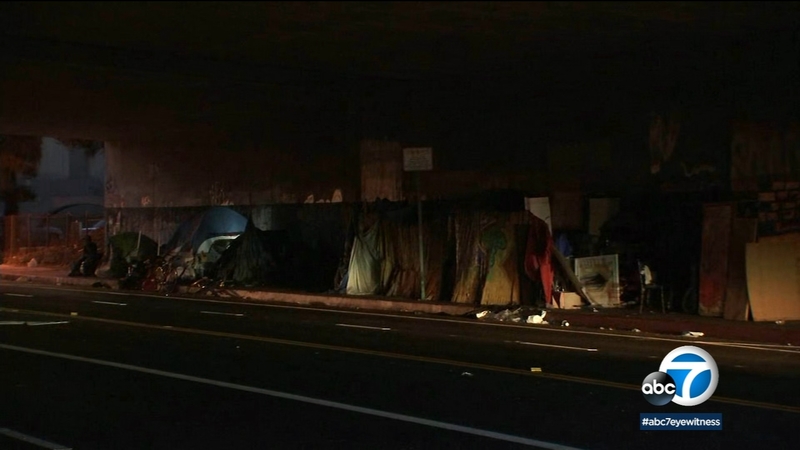 LOS ANGELES (KABC) -- Los Angeles Mayor Eric Garcetti has signed an ordinance to restrict the homeless from camping on sidewalks and many public places throughout the city.

The ordinance, which takes effect in 30 days, would restrict the presence of encampments, as well as sitting, lying and sleeping, in several areas of the city.

People who violate the ordinance will face an infraction or citation, though higher fines and misdemeanor charge are possible for anyone who continues to refuse to comply or interferes with a city employee trying to enforce the ordinance.

The Los Angeles City Council has finalized an ordinance that would restrict the homeless from camping in certain public places and make sure sidewalks are passable.

Councilman Joe Buscaino, who proposed the ordinance 10 months ago, acknowledged it doesn't go far enough. He had tried to amend the ordinance to stop people from camping anywhere in the city if they have already been offered shelter.

"If we all agree that the status quo is unsustainable, that street encampments are dangerous to the housed and unhoused, why would we allow them anywhere if an alternative exists?" Buscaino said.

Before the vote, Bonin cited the Los Angeles Homeless Services Authority's statistic that the city only has shelter beds for 39% of the unhoused population.

In explaining his decision to vote against the ordinance on July 1, he shared with council members his own experience being unhoused, saying: "Some of those nights I slept in the car, some of those nights, when my car was in the shop, I slept on the beach. I cannot tell you how much turmoil is in your heart when the sun is setting and you don't know where to sleep. I cannot tell you how demoralizing and dehumanizing and defeating that experience is when you don't know where you're going to sleep.''