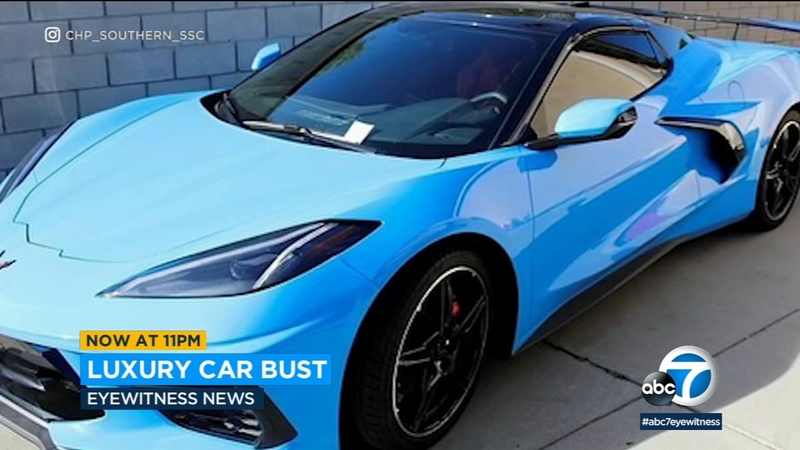 The California Highway Patrol released photos of some of the 35 vehicles recovered, including a Bentley, an Aston Martin and a Porsche.

Officers served a search warrant on March 24 after a 2-month-long investigation, and arrested 39-year-old Vage Chavushyan.

Officers also found an indoor marijuana grow with more than 400 plants and a weapon, according to officials.

The total value of the cars recovered was approximately $2.3 million dollars.