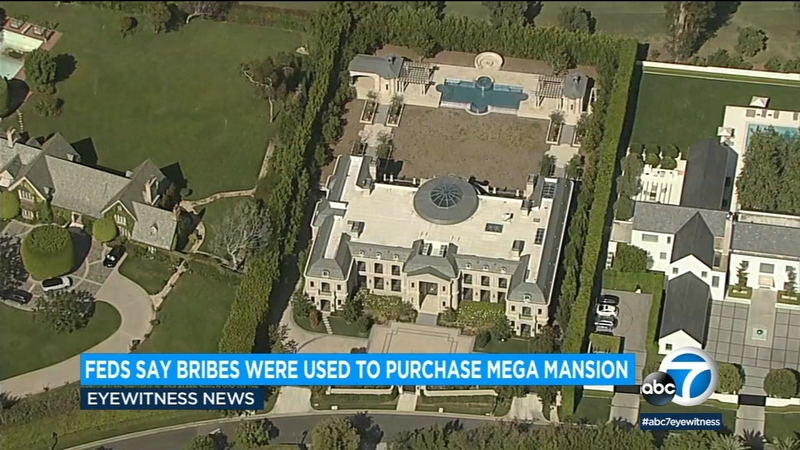 LOS ANGELES (CNS) -- The United States government is seeking the forfeiture of a mega-mansion in Holmby Hills, alleging the home was purchased with bribes paid by an Armenian businessman to the family of a former high-ranking public official in Armenia, the Department of Justice announced Thursday.

In the complaint, filed Monday in federal court in Los Angeles, the DOJ alleges that businessman Sedrak Arustamyan paid Khachatryan, 66, and his family more than $20 million in bribes in exchange for favorable tax treatment of his businesses. The bribe payments allegedly were used to purchase the Holmby Hills property on South Mapleton Drive, which had been recently listed for sale for $63.5 million.

Khachatryan and his sons are charged in Armenia with receiving bribes in violation of the criminal code of the Republic of Armenia. Criminal charges are also pending in Armenia against Arustamyan for paying bribes, according to the DOJ.

The forfeiture is being sought under the Kleptocracy Asset Recovery Initiative, which works to seize the proceeds of foreign official corruption and, where appropriate, to use those recovered assets to benefit those harmed by the lawbreakers.