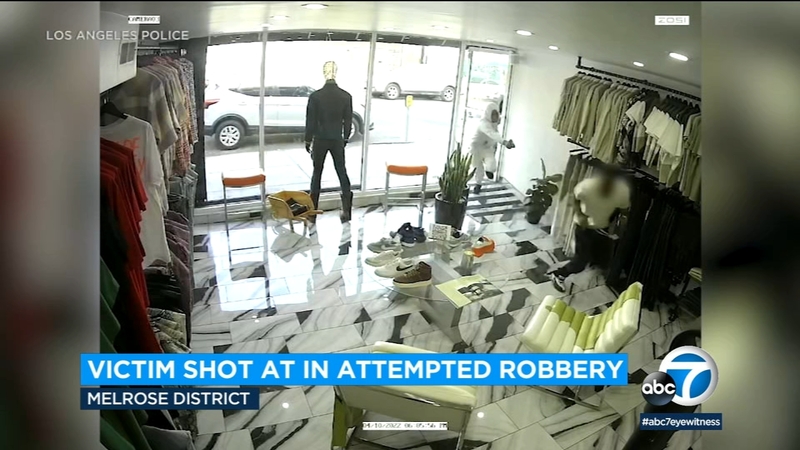 LOS ANGELES (CNS) -- Police announced the arrest Friday of a 22-year-old man who allegedly shot at a man in the Melrose District, and authorities sought the public's help to locate two additional suspects.

The victim exited a clothing store located on Melrose Avenue about 6 p.m. April 10 and noticed two men walking out of a nearby alley, according to the Los Angeles Police Department.

"The victim was wearing an expensive watch and felt like the men were looking at him," the LAPD reported. "The victim ran inside the business towards the backroom of the store."

The suspects followed the man and fired six shots in his direction, though no one was struck. They then fled the scene after entering a vehicle driven by a third suspect.

LAPD investigators identified one of the suspects as Jamario Kevin Ray of Los Angeles, and he was arrested about 4 p.m. Monday. He was booked on suspicion of assault with a deadly weapon and had a warrant for a parole violation at the time of his arrest, and he was being held without bail.

The second suspect in the shooting was described as a man in his 20s who stands about 6 feet tall and weighs between 170 and 190 pounds. He was last seen wearing a navy hooded sweatshirt, gray pants and black shoes.

A description of the third suspect was not available.

Anyone with information on the shooting was asked to contact LAPD Detective Alonzo and Detective Mrakich at (213) 486-6840. Calls made during non-business hours or on weekends can be directed to (877) 527-3247.