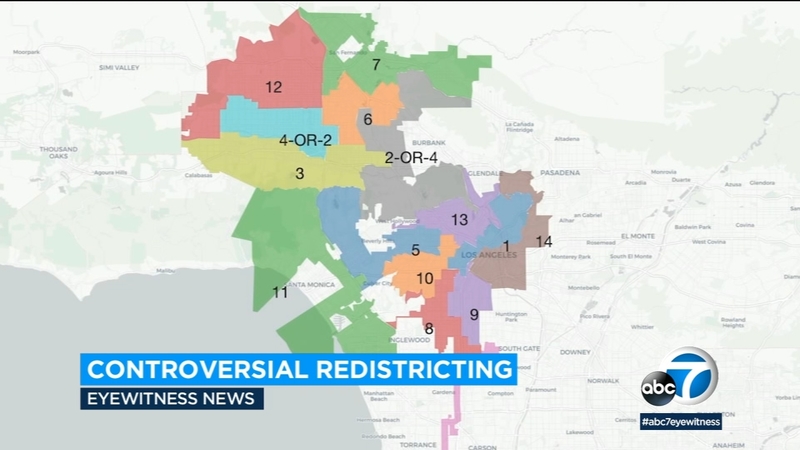 But their single proposal following the 2020 Census has two councilmembers, Paul Krekorian and Nithya Raman, furious and at risk of losing the neighborhoods they currently serve.

"That map is outrageous. It disenfranchises a half a million people in those two districts and under these maps, only 10% of those 500,000 people would be represented by someone that they had a chance to vote for," Krekorian said.

If the L.A. City Council approves the new map, Raman and Krekorian's districts would be re-designed and one of them would represent a completely different area.

"I spent almost two years telling people in LA that their voices mattered. That engaging in city government could make real change," Raman tweeted last Tuesday. "Now, thanks to the actions of a few unelected commissioners, the voices of hundreds of thousands of Angelenos are being erased."

Krekorian says the new map isn't based on changes over the past 10 years in population or demographics.

In a statement, commission chair Fred Ali said in part: "The LA City Council Redistricting Commission's focus has always and continues to be on ensuring that the creation of City Council districts is based on 2020 census data, communities of interest testimony, the federal voting rights act, and other relevant data sources and not on how it helps or hurts elected officials."