A Los Angeles County sheriff's deputy and his 14-year-old daughter died in a traffic collision during a family vacation in Oregon, the department said.
KABC
By ABC7.com staff 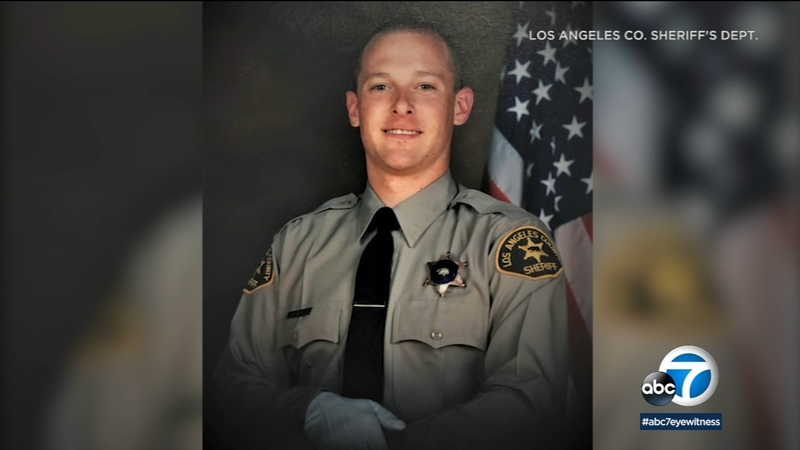 LOS ANGELES (KABC) -- Los Angeles County Sheriff's Department deputies are mourning the death of one of their own.

Deputy Dennis Gill died in a traffic collision in Oregon while on vacation with his family.

His 14-year-old daughter was also killed.

Gill is survived by his 11-year-old son, who was with Gill at the time of the crash, and his wife.

Gill started working for the LASD in 2000 and handled a variety of assignments from working custody at North County Correctional Facility to patrol in West Hollywood among others.

Today, we are saddened to announce the tragic loss of Deputy Dennis Gill, who lost his life in an off-duty car accident, as did his 14 year old daughter. We share our deepest condolences. https://t.co/HOKSAZ5YNe pic.twitter.com/khWUKFOzwF

"No matter where he went, Dennis was very well liked by his peers and respected for the extra duties he took on," the Sheriff's Department wrote on Facebook. "He received many public commendations for his diligent performance."

"Dennis was regarded as compassionate, professional, helpful, and respectful person, who was about providing public service with nothing in return. Deputy Gill was an outstanding person with eagerness to work and go above and beyond for anyone without any hesitation."

The Polk County Sheriff's Office in Oregon is investigating the cause of the crash.