2 victims killed in LA shooting spree mourned by loved ones 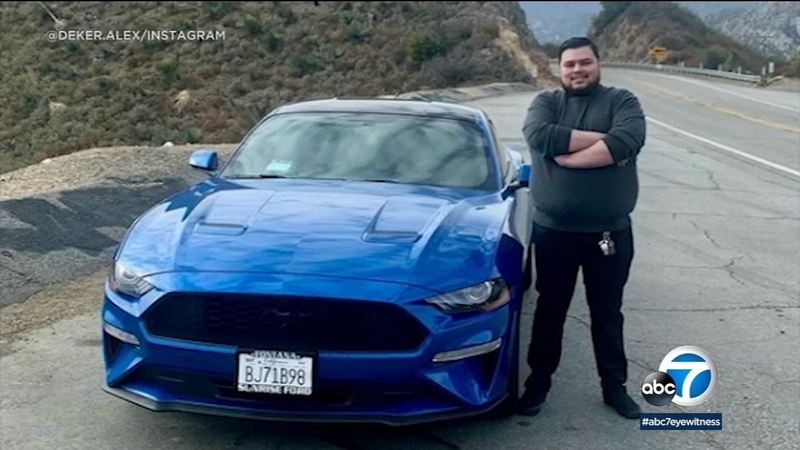 LOS ANGELES (KABC) -- Two families are heartbroken after their loved ones were killed in an overnight shooting spree in Los Angeles.

The shooter killed two people and wounded a third before he was killed during a standoff with police on the 91 Freeway in Fullerton early Tuesday morning.

Alexis Carbajal was with his wife at a Starbucks near Figueroa and 28th streets when he was fatally shot by the gunman who opened fire at five different locations in L.A., police say.

Surveillance video shows Carbajal's wife running for help when he was shot.

"For this to happen, it's hard," said Mia Vaca, Carbajal's sister.

"I feel like it's a dream, and he's just going to walk in to the door any minute," Vaca said, fighting through tears.

Two people were killed and a third wounded during a shooting spree at five different locations in L.A. Tuesday, and the suspect was killed during a standoff with police after a lengthy chase that ended on the 91 Freeway in Fullerton.

A vigil was held Tuesday evening at the scene where Carbajal was shot. He leaves behind his mother, sisters and wife.

The five shootings happened in the middle of the night starting at 1 a.m. and occurred over the span of an hour. They appeared to be random in nature, according to the LAPD.

The other man killed was in a black Escalade when he was wounded near the popular shopping center at Figueroa and 7th in downtown L.A. - 20 minutes after Carbajal was shot. He was identified as Mingzhi Zhu.

A GoFundMe says Zhu was an Uber driver and the sole provider for his family. He is survived by his wife and his two children, an 8-year-old son and 2-year-old daughter.

"Mingzhi was a hard working, intelligent, kind, gentle, and deeply loving person. His family is at a loss without him," the GoFundMe page says.

"His family lovingly recalled the time an elderly passenger left $400 in the backseat of his Uber and Mingzhi made sure to reach out to him immediately and get that money returned. He was an honest man who cared for other people and loved his family above all else."

Police chased the suspect for hours across multiple freeways and counties. At one point, the suspect pulled up alongside a Tesla on the freeway and the suspect fired a single shot, shattering the back window of the Tesla. The driver says the bullet hole came dangerously close to his head rest.

The pursuit went on for three hours, and came to a screeching halt on the 91 Freeway near Raymond Avenue. The suspect at times would stare right at photographers.

The suspect was shot by police at least once after allegedly opening fire on officers. The name of the suspect, who was in his late 40s or early 50s, was withheld, pending notification of his relatives.

Police say they found a single gun inside the suspect's car. A motive is unclear.