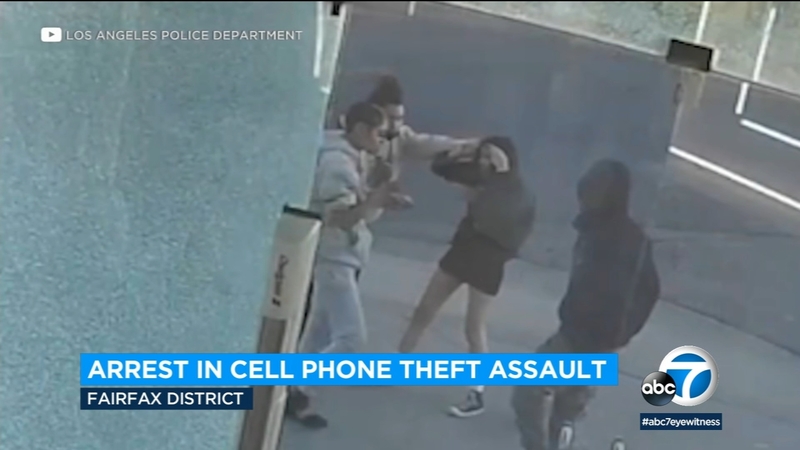 LOS ANGELES (KABC) -- Los Angeles police Tuesday announced a juvenile suspect was arrested in connection with the robbery of two teenage sisters as they were walking to school in the Fairfax District.

The suspect -- whose age, name and gender were not released -- was taken into custody after police served several search warrants in the Los Angeles Police Department's Southeast Division, and further arrests were pending, according to a department statement.

The victims were walking in the 7600 block of Melrose Avenue about 7:20 a.m. Wednesday when they were approached from behind by two women who struck them and pulled them to the ground by their hair, police said.

"The suspects demanded that they hand over their cellphones, then held them by their hair until they unlocked the access codes to the phones," the department said in a statement.

The girls complied and the suspects fled into a waiting vehicle occupied by two other suspects who were acting as lookouts, police said. The vehicle then sped away from the scene driving southbound.

Video released shows one of the victims get her hair pulled by a suspect.

The sisters - ages 16 and 18 - were on their way to class at Fairfax High School.

Police said they believe the suspects are also responsible for another robbery near Los Angeles High School on Olympic Boulevard that occurred shortly after the robbery on Melrose.

Anyone with information on the robbery was asked to call Wilshire Community Police Station Robbery Detective Flores at 213-922-8217. Calls made during non-business hours or on weekends can be made to 877-527-3247.