Masai baby giraffe makes debut at LA Zoo; tallest calf in the history of the zoo 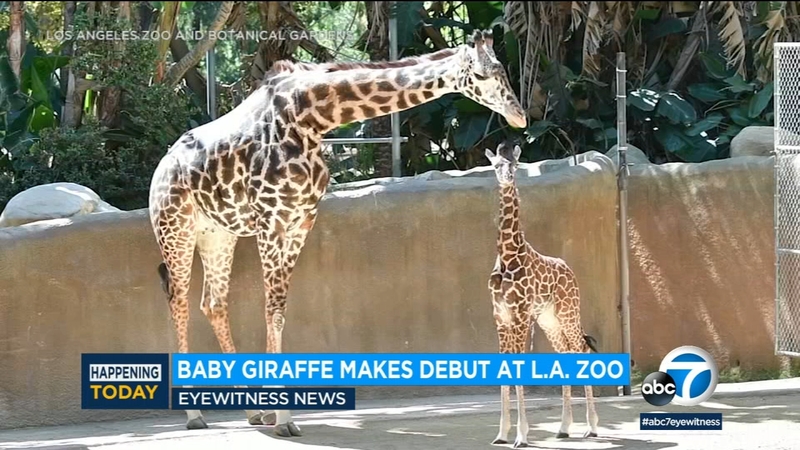 At Less than three weeks old, the male baby giraffe is already 6 foot 7 inches tall, and weighs 172 pounds. That makes him the tallest calf in the history of the zoo.

"Every giraffe birth we have at the L.A. Zoo is exciting," said Mike Bona, animal keeper at the Los Angeles Zoo. "I've worked with giraffes here since 2005, and I have to say, Zainabu is a wonderful mother - she knew exactly what she needed to do when her labor started. I am thrilled that we have this new calf to represent his endangered species."

Giraffes are currently categorized as "endangered" by the International Union for Conservation of Nature (IUCN) Red List because their populations are under threat and declining "driven by habitat loss, civil unrest and illegal hunting," the organization said.

The birth marked the fourth calf for Zainabu and the sixth calf for Phillip.

The Masai baby giraffe doesn't have a name just yet.