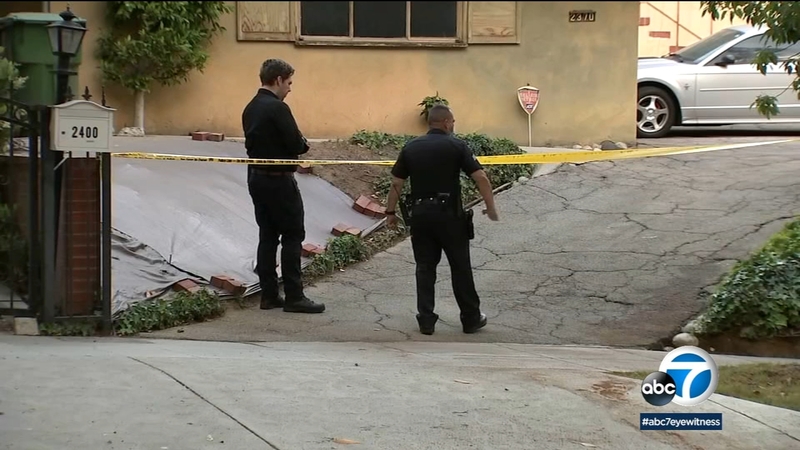 LOS FELIZ, LOS ANGELES (KABC) -- A suspect is in custody after a man was stabbed multiple times in a residential Los Feliz neighborhood and rushed to a hospital Thursday afternoon, police say.

The attack was reported around 3:45 p.m. in the 2300 block of Hillhurst Avenue. It appeared the attack took place outdoors along a sidewalk.

The Los Angeles Police Department says the victim was stabbed multiple times and was sent to a hospital.

Police say it appears the incident involved a fight between two male transients.

Officers later found the suspect in the area.

The location is along a main road that leads up to the Greek Theatre and Griffith Park.

Residents say they've seen a dramatic increase in crime in the area, a place popular with walkers and joggers since it's just blocks away from Griffith Park.

Just a mile away, the LAPD says a homeless encampment is actually a street gang-run drug dealing hub.

"It's upsetting. It just seems to be escalating, and the officials don't seem to care about the safety of the residents. It doesn't seem to be a priority," said one resident.

"Our office has been in regular contact with LAPD about this terrible incident and have been informed the suspect is in custody. On behalf of the residents of Los Feliz, we commend the department for their swift response."