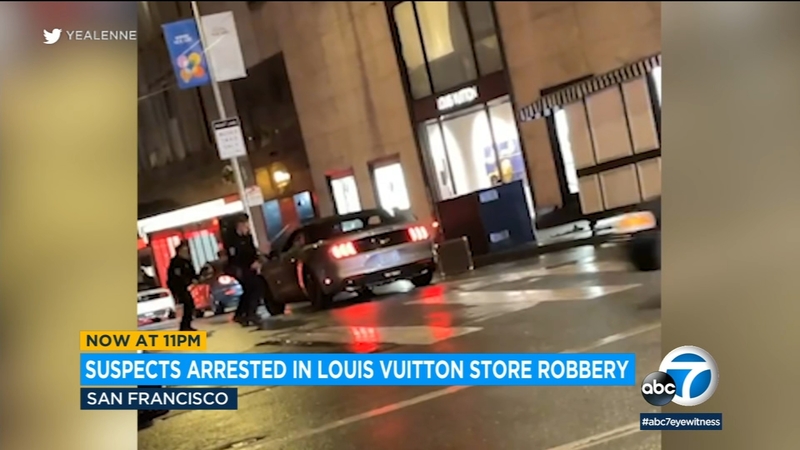 SAN FRANCISCO (KABC) -- Multiple suspects were arrested after a Louis Vuitton store in San Francisco was hit by thieves.

Social media videos that have gone viral showed some of the chaos that unfolded Friday night - smashed store windows and police descending upon a getaway car and using their batons to smash its windows and windshield.

Police say around 8:10 p.m., officers responded to reports of possible looting and vandalism to retail establishments in the Union Square Area.

San Francisco police did not specifically name the Louis Vuitton store, although it is clearly seen in the videos.

"Officers arrived on scene to a retail store in Union Square where they observed several suspects involved in criminal acts. Officers have arrested multiple suspects," police said in a written statement.

They say they the Louis Vuitton store may not be the only one that was hit. Officers are "continuing to respond to other retail establishments, where reports of vandalism are occurring."

One video showed a suspect wearing multiple COVID masks and walking out with as much merchandise as he could carry.

In the video showing police trying to stop the getaway car, an officer can be seen with his firearm drawn at a person inside the vehicle.