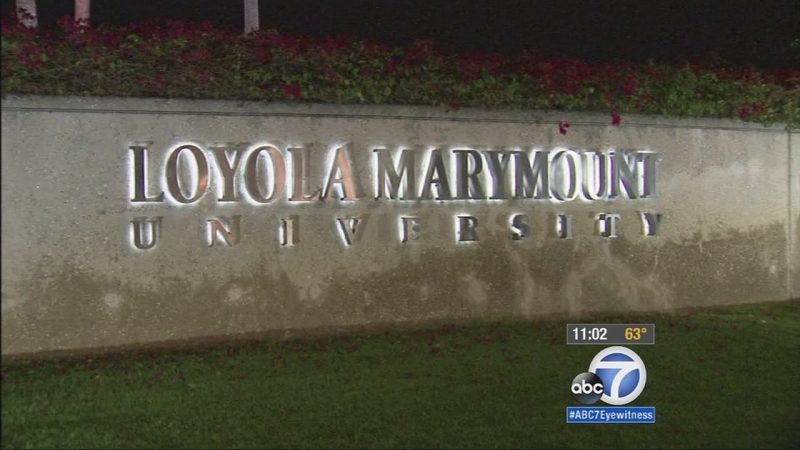 The incident took place during the early hours of Nov. 1 in the 8700 block of Yorktown Avenue at Sigma Alpha Epsilon, an off-campus fraternity that is not recognized or registered by the university, according to school officials.

The female victim was looking for a bathroom, when the male suspect directed her through a door that led to a garage. The suspect began kissing the victim and forced her to her knees before raping her, LAPD officials said.

University officials sent out an initial safety bulletin when the incident was first reported in November. On Dec. 5, students were warned to avoid all events affiliated with the fraternity.

"Very recently, DPS became aware of other similar alleged incidents of sexual assault and sexual and interpersonal misconduct, which reportedly occurred at other parties or events affiliated with, organized, or hosted by SAE," according to the message.

Campus police and the national headquarters of SAE are also investigating the matter.

"Any form of assault or sexual misconduct is unacceptable, and we will not tolerate actions that are inconsistent with our values. In addition, Sigma Alpha Epsilon will not hesitate to take corrective actions or impose sanctions on any member or chapter that fails to follow the stringent guidelines we set forth in our comprehensive health-and-safety program," according to a statement from SAE's national headquarters.

LMU student Lauren Sarni said she knows some of the members.

"There are a lot of nice guys in the frat, so it's unfortunate that a couple of them made a poor decision," Sarni said.