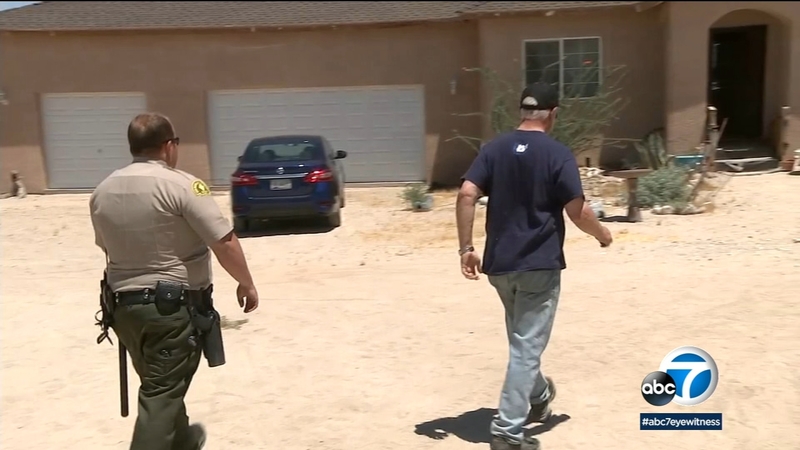 San Bernardino County sheriff's deputies responded to a residence in the 35000 block of Harvest Moon Street around 12:28 p.m. for the report of a shooting.

Deputies found the suspect, identified as 32-year-old Shea Manigult, suffering from an apparent gunshot wound. He was pronounced deceased at the scene.

The victim told deputies that she was asleep in her home when she heard her dog barking.

The victim went into a bedroom, where she found the suspect hiding. She then yelled at the suspect, telling him that he did not belong in her home, according to the sheriff's department. She then went to the living room, grabbed a gun and shot the suspect once after he approached her.

"The man came and followed her and started coming after her, and asked her, 'Is your husband here?'" said Robert Martin, a nephew of the 77-year-old victim. "My aunt feared for her life, and she shot the poor guy."

The alleged intruder, identified as Shea Manigault, was pronounced dead.

An investigation revealed that the suspect forced his way into the home prior to the victim finding him in the bedroom.

The victim has not been arrested, officials said.

Martin said that man's family members have been showing up at the home demanding answers.

"She feels like she's a prisoner in her own home, and she's afraid to actually leave her home," Martin said.

John Manigault is the intruder's father. He said he doesn't know why his son would be in the home, but now his son is dead and his four grandchildren will suffer, too.

The case will be sent to the San Bernardino County District Attorney's Office for review.