"The time has come to make this happen," said Congresswoman Grace Meng, who represents the New York City borough of Queens.
WABC 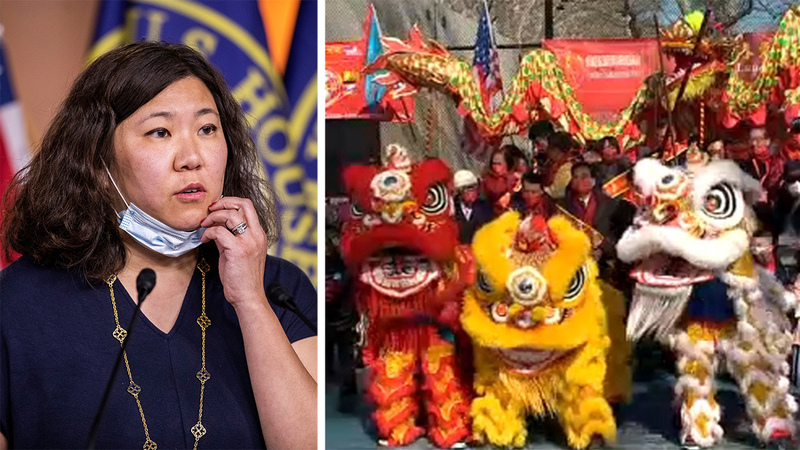 NEW YORK -- With the kickoff of Lunar New Year on Tuesday, there is a growing push to make it a federal holiday.

A congresswoman in New York announced on Monday proposed legislation that would make Lunar New Year a federally recognized holiday in the U.S.

"With Asian Americans being the fastest growing population in our country, and with the popularity of the holiday continuing to grow, it makes sense to make Lunar New Year a federal holiday," said Congresswoman Grace Meng, who represents the New York City borough of Queens.

For two years now, Asian Americans and Pacific Islanders across the country have endured racist verbal, physical and sometimes deadly attacks fueled by the coronavirus pandemic.

With the start of the Lunar New Year, many are looking forward to carrying out family traditions and joining in community celebrations throughout February.

These include family dinners and giving children red envelopes filled with money. New York, Chicago and San Francisco are among the cities with parades planned later this month in their respective Chinatowns.

The Year of the Tiger - a Chinese zodiac symbol that represents strength and courage - also is the perfect time to convince Asian elders who have lived in fear because of widespread anti-Asian sentiment to join in the festivities.

"The time has come to make this happen. My bill, coupled with my resolution, would demonstrate that the holiday celebrated by millions is also valued by their government," Meng said.

The congresswoman also reintroduced a House resolution that would recognize the cultural and historical significance of Lunar New Year.

On Tuesday, she marked the anniversary of Lunar New Year becoming a school holiday in New York City, a public holiday that she played a role in creating in 2016.

While most Lunar New Year revelry was sidelined last year because of COVID-19, many outdoor events are returning with organizers encouraging masking for the public but mandating them for staff.