Girl, 16, fatally struck by stray gunfire in Lynwood while returning from church with family 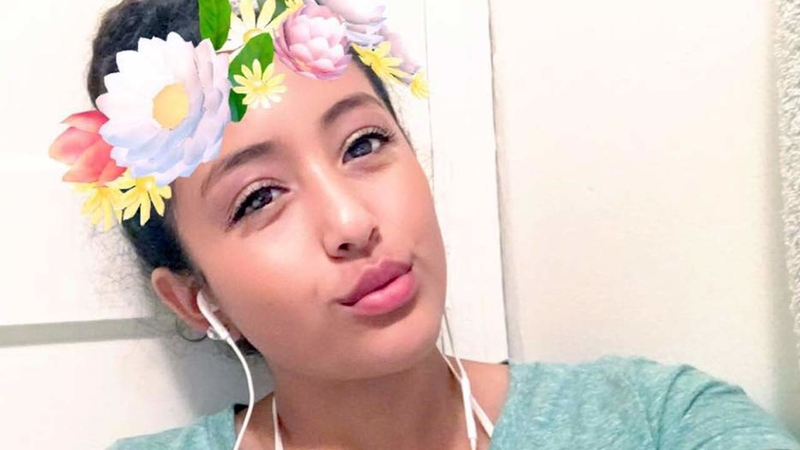 LYNWOOD, Calif. (KABC) -- A 16-year-old girl was fatally struck by stray gunfire in Lynwood Wednesday in a gang-related shooting that occurred as she and her family were returning home from church.

The teenager was pronounced dead at the scene after suffering a gunshot wound to her upper torso, according to the Los Angeles County Sheriff's Department. She was identified by the coroner's office as Danah Rojo Rivas, a Hawthorne resident.

An investigation by sheriff's detectives indicated Rivas was riding in the backseat of a vehicle with her white poodle mix on her lap shortly before 9:30 p.m. Her 18-year-old brother was a passenger in the front seat, and her mother was driving, a news release said.

As the family's vehicle headed eastbound on Euclid Avenue approaching Long Beach Boulevard, "a possible car-to-car shooting or chase was approaching from behind, unbeknownst to them," the statement said.

"The intended 'target vehicle' was trying to get away from the 'suspect vehicle' but was caught in traffic" at the intersection, according to the sheriff's department. A man then exited the "suspect vehicle" and fired several shots at the "target vehicle," a burgundy Saturn Outlook SUV.

Monique Moore and her husband, who live nearby, ducked for cover in their kitchen when they heard the shooting. Moore later described what she heard to a reporter: "Pow, pow, pow, pow, pow."

One of the rounds hit the vehicle carrying Rivas and her family, entering near the rear license plate and striking her from behind, investigators said. Her mother and brother escaped injury.

The gunman's vehicle made a U-turn and fled the location, heading westbound on Euclid. The occupants of the Saturn, two men, abandoned that vehicle and ran away.

Rivas's mother, realizing her daughter had been shot, pulled over.

"I just heard the mother or the auntie was screaming," Moore said, "and I was like, 'Oh my God, they shot somebody's baby.'"

Meanwhile, the frightened dog ran out of the vehicle and into the street, where it was struck and killed by oncoming traffic, the news release said.

Another witness, who gave her name only as Jocelyn, said she too heard the screaming and rushed to Rivas' side.

"When I turned her over she just started to spit up blood," Jocelyn said.

Paramedics responded to the scene and rendered emergency aid to the girl, who succumbed to her injuries.

"Especially a day before Thanksgiving -- that's something that, oh my God, no parent wants to go through," Jocelyn said.

One of the Saturn's occupants returned to the location; the other may have gang ties, authorities said.

No detailed description of the shooter or his vehicle was available.

A GoFundMe account was created for a memorial and funeral expenses for Rivas and can be found at www.gofundme.com/memorial-for-danah-rivas.