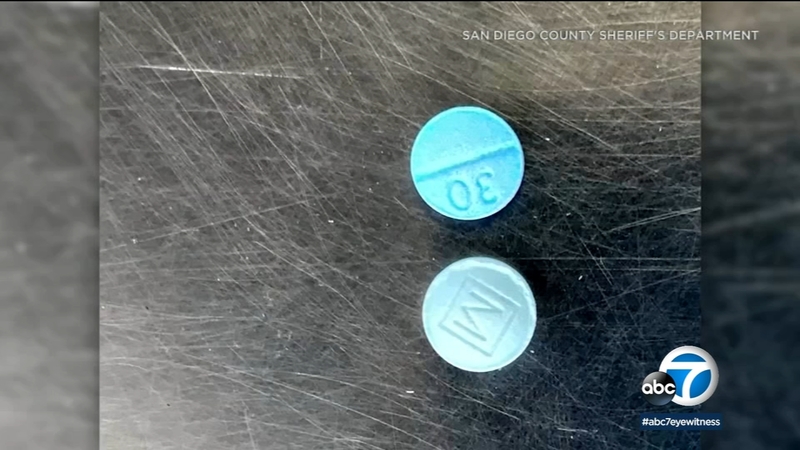 SAN DIEGO (KABC) -- A counterfeit drug is believed to be the cause of four deaths in roughly a 24-hour span this week in the San Diego area, the county sheriff's department says.

Officials are looking into M-30 pills, which appear to be oxycodone and can be ingested orally, crushed or smoked, authorities say.

The pills actually contain fentanyl, which can be deadly even in a small dose.

San Diego County Sheriff's detectives are working with first responders to determine if other similar overdoses have been reported recently, the department said in a press release.

Safety Alert: We believe this counterfeit blue pill has been the cause of four deaths in the county in the last 24 hours. We urge you not to take this unsafe drug. Dealers promise a painkiller high, but it could have fentanyl, a speck the size of a grain of salt can kill you. pic.twitter.com/nU59aZTUdZ

Authorities have not released any information on the victims or how they obtained the counterfeit drugs.