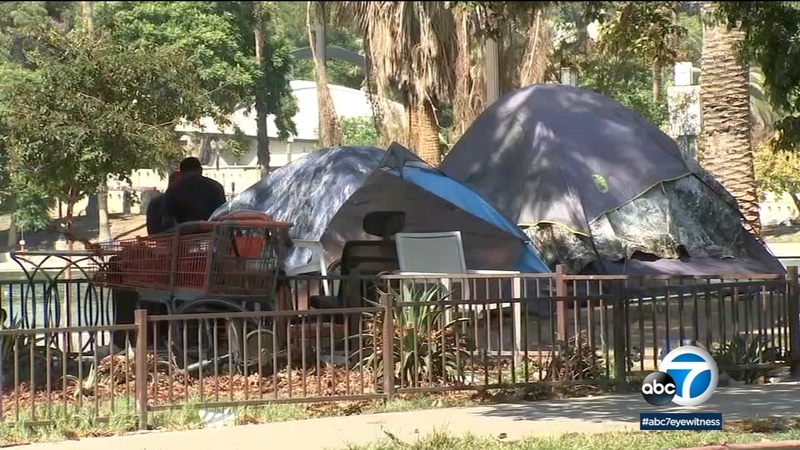 LOS ANGELES (KABC) -- In 10 days, the roughly 45 remaining unhoused residents of MacArthur Park will no longer be allowed to live there as the south side of the park will be closed for 10 weeks.

The posts are already up for the construction fence that will keep the public out while the park's rehabbed. Cobie Manning lives and works near MacArthur Park and welcomes the project.

"As long as they have resources available for the people that they're moving out of those encampments, you have to be providing services and help because it's needed here," said Manning.

According to Councilmember Gil Cedillo's office, the city has already housed 165 residents of the park and housing is available for the homeless who remain. Cedillo insists what happened at Echo Park won't happen at MacArthur Park.

According to the Los Angeles Times, the closure will begin Friday, Oct. 15, and will last through the end of the year.

Susie Shannon with the group Housing is a Human Right says the homeless are being placed into temporary shelter and that the city's plan for MacArthur Park won't solve homelessness.

"What we're seeing is that the city of Los Angeles is looking at things geographically. They cleared Echo Park and now they're coming for MacArthur Park and the problem is we're not having the sickest and most vulnerable get housing first," said Shannon.

But Cedillo says the housing isn't temporary and that this is also about new grass for the park, places to sit, paved walkways, new lighting and restrooms.

"In COVID and hopefully coming out of COVID, want to make sure that people can come out and that there's going to be a place where their kids can play and their grandparents can walk around and enjoy, and that the parents have a place to go and sit and have a nice conversation," Cedillo said. "Park space in my district, because of the density, is the front yard."