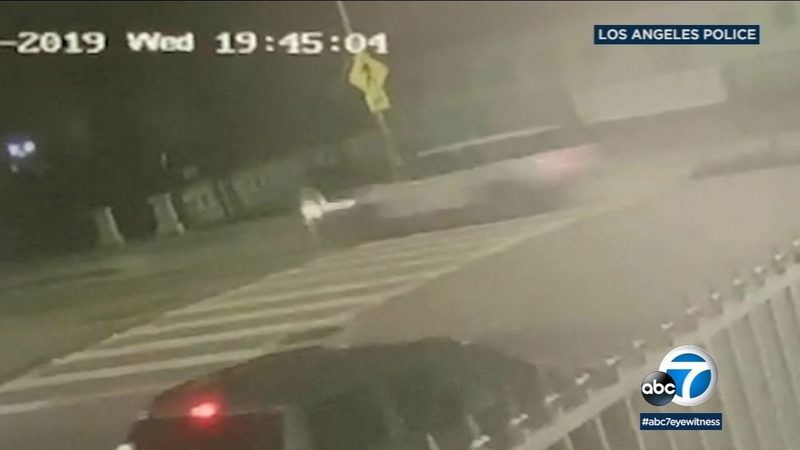 LOS ANGELES (KABC) -- A pedestrian was killed near MacArthur Park Wednesday night when a driver struck him because authorities said she was distracted by her cellphone.

The crash was caught on video around 8 p.m. as the pedestrian, identified as Yong Do Kim, crossed the street near 6th Street and Grandview.

"The driver actually was on her cellphone using her WhatsApp application, viewing her messages," Detective Moses Castillo said.

The latest research by the Insurance Institute for Highway Safety said drivers are seen speaking on cellphones less, but they're tapping the screen much more.

"It was about a 54 percent increase. That's what we're seeing and it's the concern - it's increasing exponentially," said Jeffery Spring, with AAA.

It is consistent with what AAA has seen and it's behavior the club is targeting in PSAs.

"If you take your eyes off the road for 2 seconds, you're twice as likely to be involved in a crash," Spring said.

The family is now mourning the loss of 65-year-old Kim, who was pronounced dead at the scene. The driver, identified as 38-year-old Rosario Valdezinda, tried to flee, but witnesses blocked her path.

She was arrested and then charged on suspicion of gross vehicular manslaughter and posted $50,000 bail Thursday afternoon.