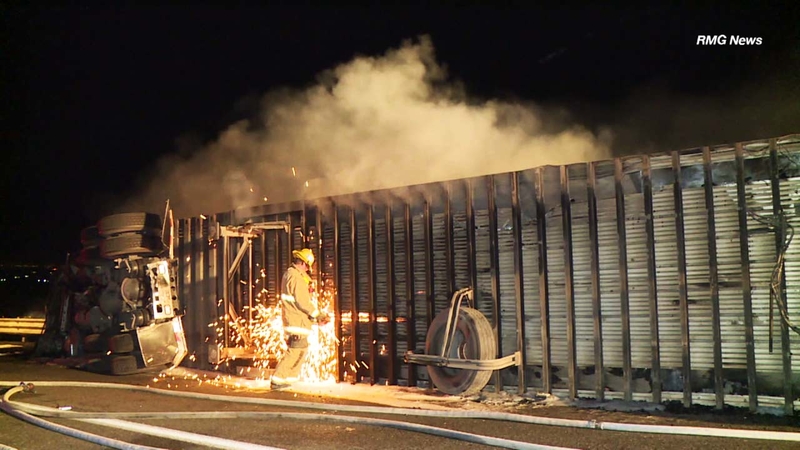 All lanes reopened on 5 Fwy in Grapevine after fiery crash

FORT TEJON, Calif. (KABC) -- A fiery crash involving three semi-trucks and 10 other vehicles on the 5 Freeway Tuesday evening prompted an hourslong closure of all northbound lanes overnight in the Grapevine.

One lane was reopened early Wednesday morning, leaving traffic backed up for miles as the sun came up at the scene. The interstate was fully reopened by 8:30 a.m.

The pileup began about 9 p.m. in the Fort Tejon area, just north of Lebec. Two big rigs, one carrying a payload of wine bottles, were initially involved in a crash and erupted in flames. Shortly afterward, according to the California Highway Patrol, a third semi slammed into 11 vehicles that were part of the traffic backup.

Only three minor injuries were reported.