1 dead, 6 injured in fatal crash on Malibu Canyon Road, CHP shuts down road in both directions 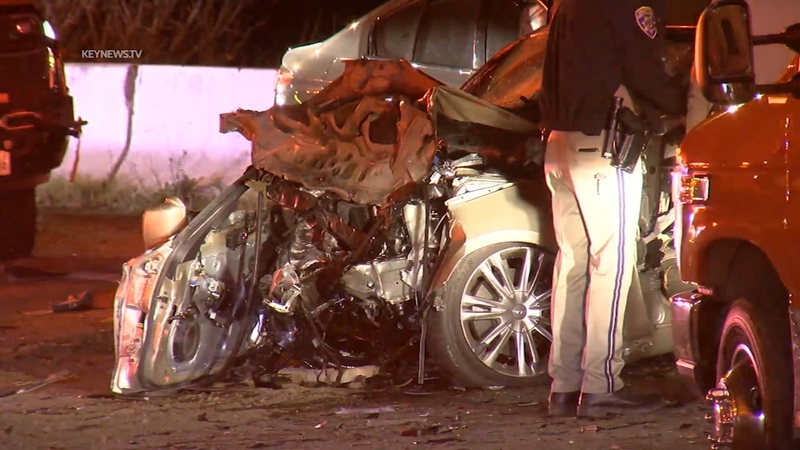 MALIBU, Calif. (KABC) -- One person was killed and six others were injured following a two-car crash on Malibu Canyon Road Saturday night prompting a full road closure in the area.

The crash happened in an unincorporated area of the Santa Monica Mountains north of Malibu shortly after 8:30 p.m.

One person, a woman in her 20s, died at the scene, four others suffered critical injuries, and two other crash victims received minor injuries, according to authorities

Malibu Canyon Road was closed for the investigation. CHP issued a SigAlert for Malibu Canyon just south of Piuma Road, and expects the closure to last for at least three hours.

Traffic lanes were closed in both directions. Drivers should seek alternate routes.

This is a developing story. Please check back for updated information.