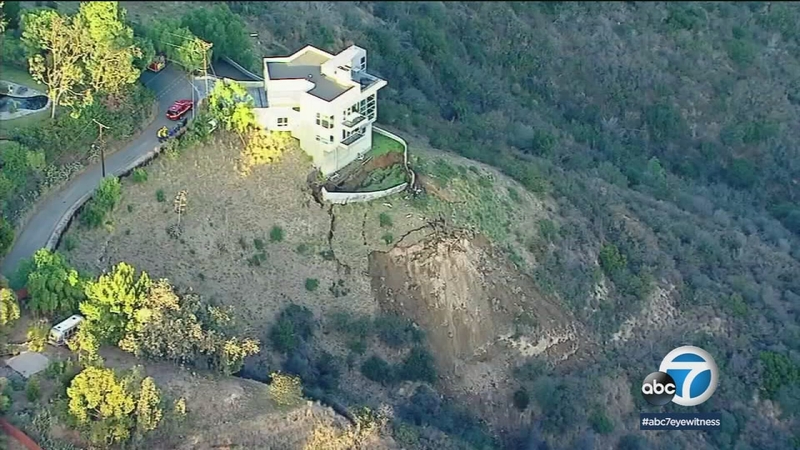 MALIBU, Calif. (KABC) -- An active landslide threatened a three-story home in Malibu on Wednesday, according to fire officials.

Firefighters who responded to the 2800 block of Hume Road said the hillside was still moving. An aerial view showed an adjacent yard to the residence partially collapsed as dirt slid down the steep incline.

A retaining wall split and dangled off the collapsing hillside. The residence was later red-tagged, which means the owners would not be allowed at the home until engineers, investigators and inspectors deem it safe.

"We did find a good amount of water there. We don't know if it was in the Earth itself, or possibly a sprinkler," firefighter Randall Wright said.

One man staying at an AirBnB next door said he saw steam coming out from the ground the day before. Another neighbor said the home was red-tagged about seven years ago because of a similar incident.

Eyewitness News was not able to verify that information, partly because the homeowner has been out of the county, according to the fire department. They were not expected to arrive for another couple of hours to at least see the damage.