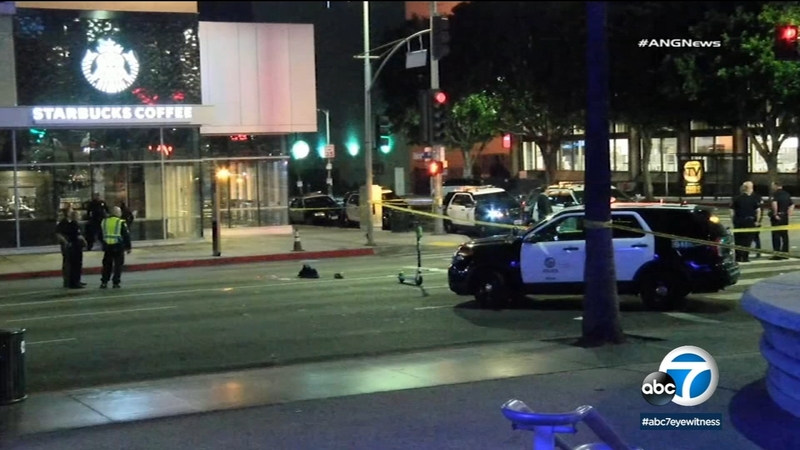 HOLLYWOOD, LOS ANGELES (KABC) -- A man on a scooter died in a hit-and-run incident early Saturday morning in Hollywood when a pickup truck driver struck him, police said.

Police swarmed the intersection at Vine Street and Sunset Boulevard after a report came in at approximately 3:50 a.m.

Police said a sergeant saw a Ford F-150 hit the man on the Lime scooter, back up and roll him over before speeding off. The sergeant chased down the suspect and arrested him.

The scooter's 31-year-old rider died. Investigators identified the truck's driver as Jared Walter Anderson, but they still don't know why he struck the scooter's rider.

Police are also searching for any potential surveillance video of the incident.

This past March, the Santa Monica Police Department asked for the public's help in a similar case, but at the time, they had no idea where to find the driver who struck and killed a 41-year-old man who fell off his scooter and into the road.
Report a correction or typo
Related topics:
hollywoodlos angeleslos angeles countylapdpolicecrashhit and run accident
Copyright © 2021 KABC-TV. All Rights Reserved.
More Videos
From CNN Newsource affiliates
TOP STORIES