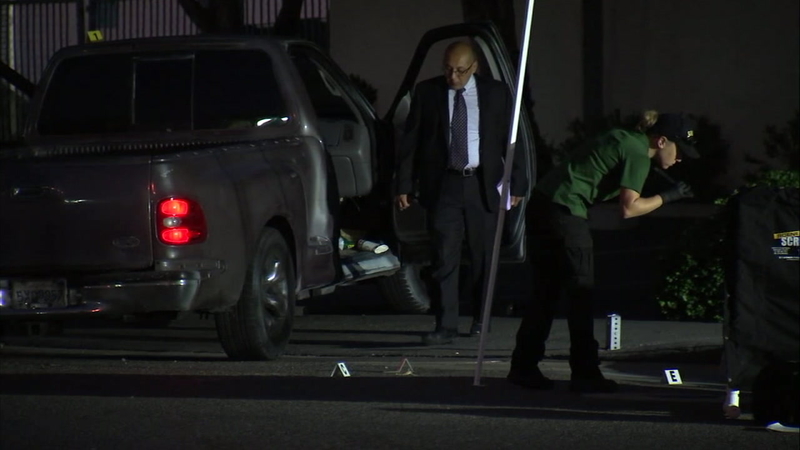 The victim was identified as Hugo Sanchez Jr., 34, of Santa Ana.

Sanchez was reportedly pumping gas at a Shell station in the 1500 block of East Edinger Avenue around 1:45 a.m. when two men approached on foot. There was an argument and then all three ended up inside the victim's pickup truck as it drove off.

"We're not sure if he gets into the car on his own or he's forced to get into the vehicle," Santa Ana Police Department Cpl. Anthony Bertagna said.

The pickup then exited the gas station through an alley and headed northbound before Sanchez was fatally shot in the upper torso near Grand Avenue and Wilshire Avenue, located a few hundred feet from the gas station and across the street from Century High School.

That's where the suspects left the victim's truck and dumped his body, and fled in another vehicle.

It's not clear if he knew the suspects previously or what led to them all driving off together.

"A lot of questions," Bertagna acknowledged.

"Does he know these individuals? Is this a carjacking, a robbery, a kidnapping, a hit, some type of road rage that came to this gas station?"

Investigators plan to review surveillance footage from the alley to uncover more information such as a suspect description or motive.

Police shut down Grand Street from McFadden Avenue to Edinger Avenue in both directions for most of the morning, making it difficult for students at Century High to get to their second day of school.