Brea explosives sentencing: Man found with bombs inside car during 2018 traffic stop in Brea sentenced to 19 years in prison 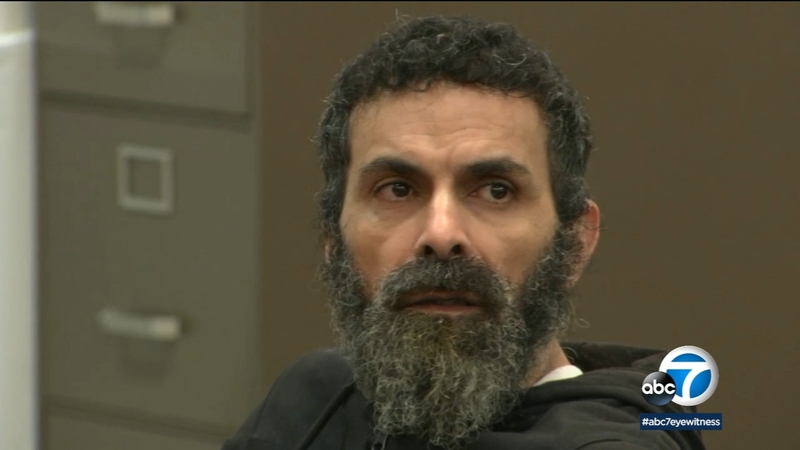 SANTA ANA, Calif. (KABC) -- A convicted bomb-maker was sentenced Monday to nearly 20 years in prison after authorities found two improvised explosive devices in his car during a traffic stop last year. Prosecutors said he was on his way to a crowded mall to set them off when he was caught.

A judge sentenced Saleh Ali to 19 years and four months in state prison after he was convicted of several charges including possession of a destructive device.

"We don't have a direct connection to a terrorist organization. What we've seen in the past in term of his activities, is more so inspired by," said Joshua Stone, an FBI assistant special agent in charge.

A Brea police officer pulled Ali over for expired tags in the area of Imperial and Orange in September 2018. Officers said he had a suspended license and the officer planned to impound the car.

During an inventory search of the car, the officer found what appeared to be two homemade bombs, instructions to build a bomb and other materials. Prosecutors believe Ali was headed to the downtown promenade and the Brea mall.

"No doubt he had the intent by his possession of these weapons, to commit as much mass destruction as he could," said Spitzer.

Ali represented himself during the trial and at Monday's hearing, he called Deputy District Attorney Susan Laird "lopsided and disfigured" and called the judge a cockroach. Spitzer is now calling for lawmakers to elevate the severity of the charge of possessing a bomb.

"This is not as serious or violent felony in California law which is completely outrageous," said Spitzer.

"I absolutely believe he was acting as a wannabe terrorist, and his entire criminal history shows he is a very, very dangerous person," Spitzer said.

Ali was convicted in New Jersey in 2003 for making terrorist threats and aggravated assault. In 2013, he threw a glass jar with acid at a hotel manager in Nepal, causing him to go blind in one eye and lose 50 percent of sight in his other eye, for which he served two years in prison, prosecutors said.

Laird was able to get some of those convictions to be counted as strikes in California, prompting the maximum sentence.

"Those strikes still doubled his exposure. It went from 11 years to 19 years, four months, which the judge imposed," said Laird.

Spitzer said if this crime had been considered a violent felony, the maximum sentence would have been 78 years to life in prison.