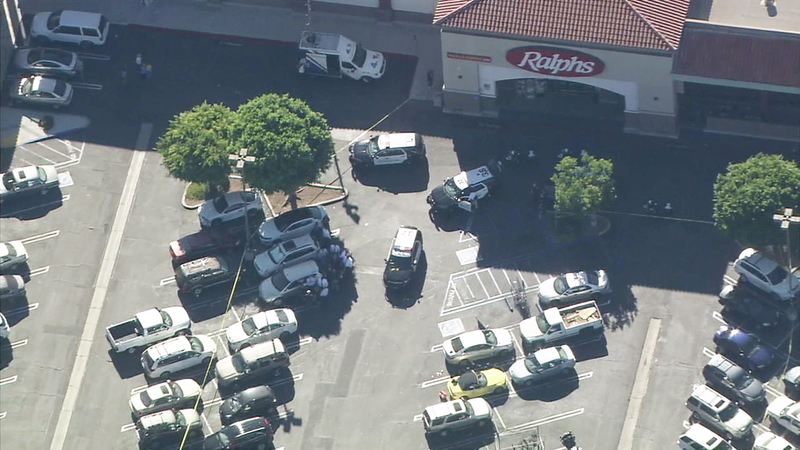 GARDEN GROVE, Calif. (KABC) -- A man who witnesses say was choking a woman outside of a Ralphs supermarket in Garden Grove was shot and wounded in an officer-involved shooting on Tuesday.

Garden Grove police tweeted that the shooting occurred in the parking lot of the supermarket, located at the intersection of Euclid Street and Chapman Avenue.

The suspect was shot and transported to a nearby hospital. Details on the suspect's condition were not immediately released.

GGPD officers are investigating an Officer involved shooting in the parking lot of the Ralph’s store at the intersection of Euclid & Chapman. One suspect was shot and transported to a local hospital. Please avoid the area. #GGPD32 #OIS

Garden Grove police said the incident began with a domestic violence call. According to police, witnesses said the suspect was choking the victim, who was screaming for help and saying she couldn't breathe.

The officer was checked out at the scene, and the woman was rushed to a nearby hospital with non-life threatening injuries.

Authorities said they're investigating whether the suspect was armed during the altercation.