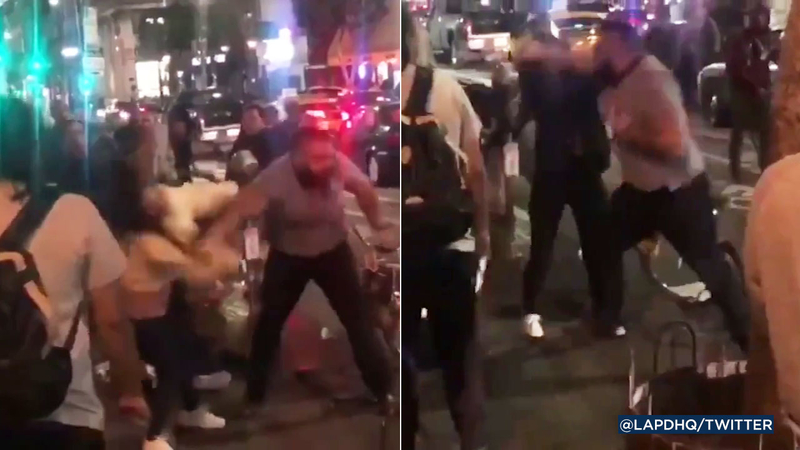 Warning: The video may be disturbing to some.

The entire incident was caught on camera. Los Angeles police recently released the footage, which shows the man punching two women and knocking them to the ground. He then runs off.

The attack happened around 1 a.m. on Jan. 26 at a hot dog stand at 6th and Spring streets. The victims were waiting in line when things took a dangerous turn.

"There was a man that was arguing with the vendor. At that point, one of the women said, 'Hey, order your hot dog so we can get our food.' The man immediately turned, punched that woman in the face. That punch caused the woman to lose consciousness and she fell to the ground. At that point, her friend did try to intervene and she was punched multiple times by the suspect," Detective Meghan Aguilar said.

Authorities said the suspect fled on 6th Street. In the videos, multiple people are seen surrounding the victims and suspect, and many appear to be taking video of the attack, but no one stepped forward to help.

"People shouldn't always necessarily jump into situations where they then put themselves in peril, or in the way of harm, but we would ask that you at least call the police. We can't do our jobs if we don't know what's happening and we aren't called to the area," Aguilar said.

The investigation was launched after authorities saw the cellphone video.