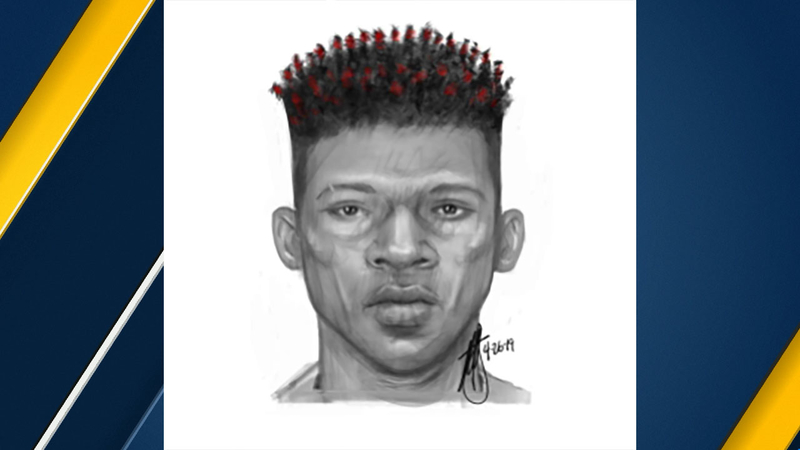 LOS ANGELES (KABC) -- Los Angeles police have released a composite sketch of a man that investigators say tried to kidnap a young girl while she was on her way to school in the Mid-City area.

According to authorities, the incident occurred about 7:45 a.m. Thursday as the student was walking with friends in the 1700 block of Vineyard Avenue.

"The suspect stood directly behind the victim, causing her to turn," the LAPD said in a statement. "The victim then attempted to continue on her way to school, at which point, the suspect grabbed her backpack and said, 'Let's go.'"

The girl, a student at Alta Loma Elementary School, managed to slip out of her backpack and ran onto the campus, the news release said. She saw the suspect running south on Vineyard.

Recognize this man? @LAPDWilshire says he tried to grab a girl walking to her elementary school yesterday morning — those red tips may help ID him. | DETAILS NEXT on @ABC7 at 4am! #abc7eyewitness pic.twitter.com/sbidwDhOpV

When notified of the incident, school staff searched the area but were unable to find the man.

He is described as black, 30-35 years old, standing between 6 feet 2 inches and 6 feet 4 inches, with a medium build. He is said to have curly black hair with red tips, and was wearing a blue shirt and black pants.

Investigators released a composite sketch of the suspect in an effort to identify him.

"Without her being so alert, and giving us such a good description, we wouldn't have this rendering of this suspect," police Capt. Tim Nordquist said of the girl.

Additional LAPD officers were on patrol near the elementary on Friday morning.