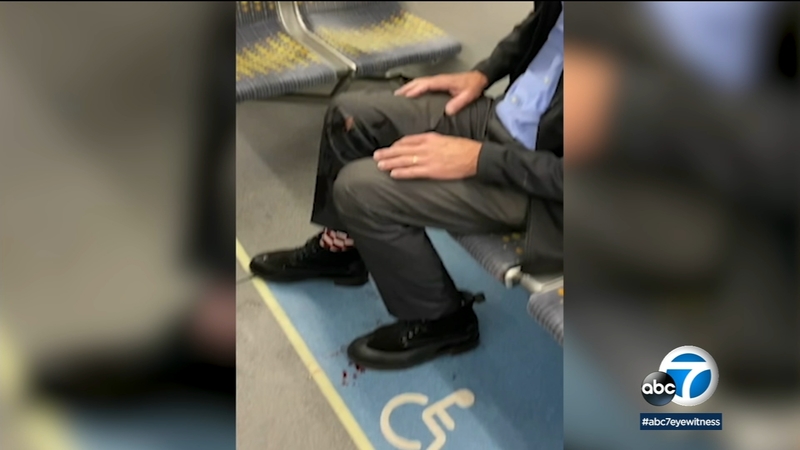 SANTA MONICA (KABC) -- Four minors were taken into custody after a man was stabbed in a violent confrontation on the Expo Line in Santa Monica.

The incident happened Tuesday night after two couples with a grocery cart full of alcohol boarded the train, according to a passenger who wished to only be identified as Matt.

"They were clearly, to me, under the influence of something," he said.

He says the group became aggressive when one woman began to film them as a precaution. That's when they started screaming at her and tried to hurt her, he added.

"I was standing right by her so I stood in the way and at that point, you know, they were throwing kicks and punches and we were defending ourselves," Matt said.

The situation escalated when the train came to a stop at the Bundy station in Santa Monica.

Matt suffered a broken finger after he says he tried deflecting a kick from the suspects.

Based on video was that taken at the scene, one man suffered a stab wound to his leg but details on his condition were not available.

"It was really scary how quickly it escalated and how, in that case, the response didn't feel adequate for what was happening in a prolonged period of time," Matt said.

Metro officials said one crime is too many but did emphasize that crime on L.A. County Metro buses and rail systems has decreased by 14% over the last five years.