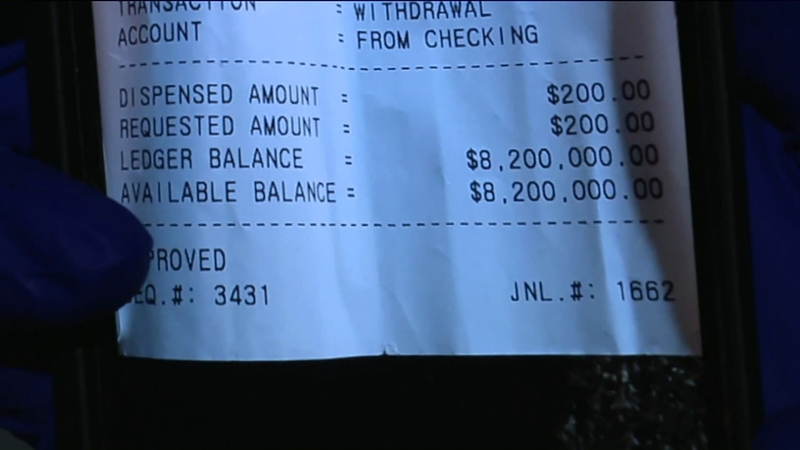 NEW CHICAGO, Indiana -- An Indiana firefighter became an instant multi-millionaire when his stimulus check ended up having a few extra figures.

Charles Calvin was only supposed to receive $1,700.

"I went to the ATM at the Family Express, and once I withdrew $200 out of my account, I looked at the available balance that was still left in my account. Apparently, my account had $8.2 million in it. I'm like, 'What in the world is going on here?'" Calvin told WGN.

Calvin told another firefighter and they went back to the ATM to try it again, but it showed the same number: a cool $8.2 million.

"I said, 'What kind of truck are you buying me?'" joked Capt. Samuel Vargas.

Knowing something was up, Calvin called his bank, who said it didn't see that amount in his account anymore.

The bank noted his $1,700 stimulus payment was deposited.

But the incident also started to make Calvin wonder if some taxpayers are getting more or less than they should.

SEE ALSO: How much money should you expect from coronavirus relief bill

"Of course it makes you pause and think what is going on, if there is some kind of clerical error or what have you. They should be on top of it," Calvin said. "It kind of sucks you go from being a millionaire on paper one second, then back to being broke again, but I guess once you're poor, you ain't got nowhere else to go but up."

The Treasury Department is direct depositing stimulus payments into many Americans' accounts, but obviously, you shouldn't expect to see millions.