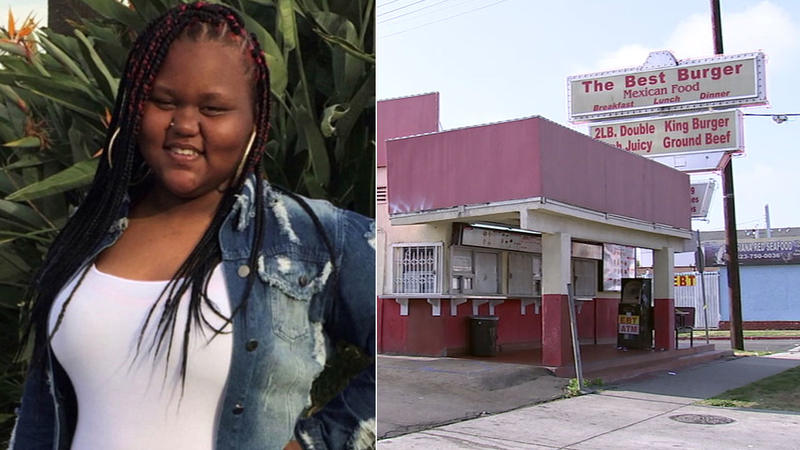 MANCHESTER SQUARE, LOS ANGELES (KABC) -- An investigation is underway after a teenage girl was gunned down while with her mother at a burger stand in the Manchester Square area of South Los Angeles, police said.

Authorities from the LAPD said the 15-year-old girl was shot in her chest area around 9 p.m. outside The Best Burger near Western Avenue and 77th Place. Distraught family members said the girl was waiting with her mom for her food when the shooter pulled out a gun and opened fire.

The victim, later identified by loved ones as Hannah Bell, was transported to a nearby hospital, where she was pronounced dead.

It was not yet known who shot her or why. Police said they do not believe the victim was involved in a gang and are looking to find out whether she was the intended target in the shooting.

"You shouldn't have had to come up and kill no innocent person like my niece...I can't see her getting married, I cannot see her go to college - you know why? Because some person came and took her life away," Winzer said.