UCLA, Fullerton in, USC out of NCAA March Madness tourney 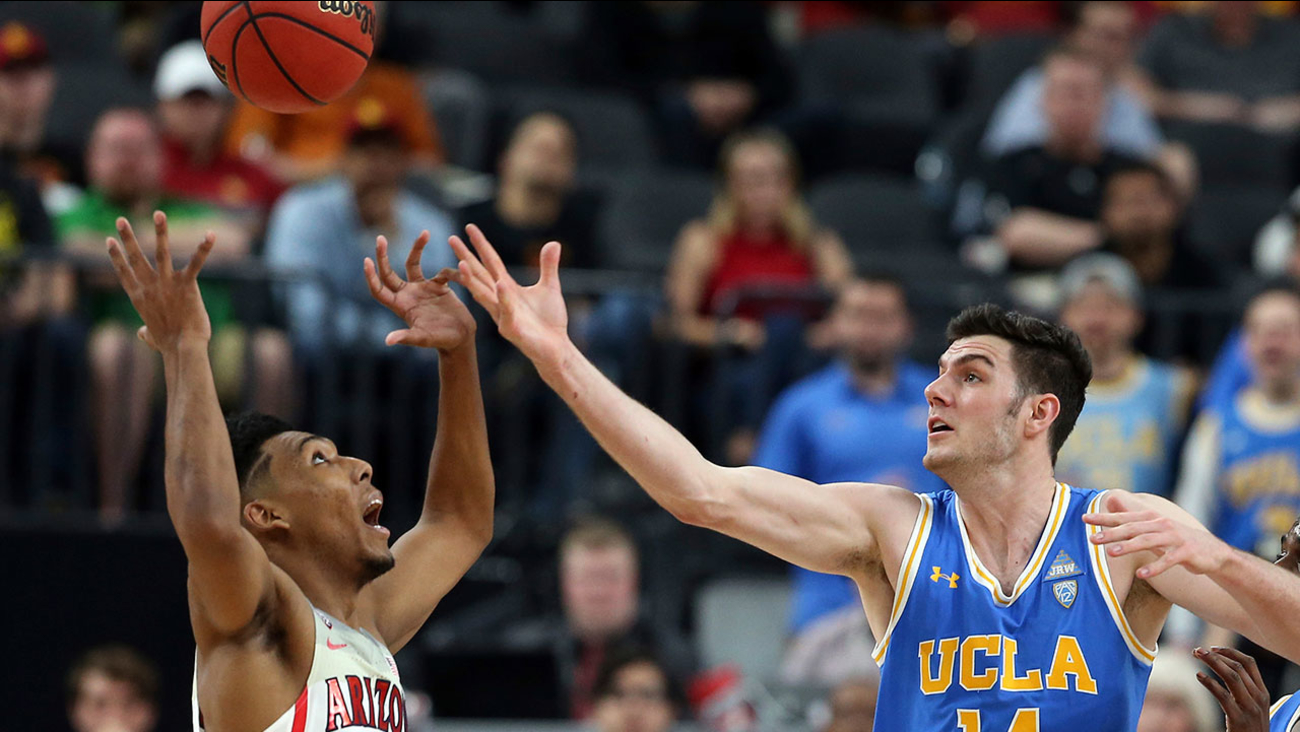 Two Southern California schools - UCLA and Cal State Fullerton - made the NCAA men's basketball tournament in selections announced Sunday, while USC did not make the cut.

UCLA will open tournament play Tuesday against St. Bonaventure in a "First Four" game in Dayton, Ohio, the NCAA announced. If the Bruins win, they will play sixth-seeded Florida in an East Region first-round game Thursday in Dallas.

The Bruins made the tournament despite losing to No. 15-ranked Arizona in the Pac 12 conference semifinals.

UCLA finished with an 11-7 record in the conference, which was good enough for third.

They had 21 wins overall this season. Their best win came at then-7th ranked Kentucky in December.

The Bruins also won on the road against then-13th ranked Arizona last month.

Fullerton, making the tournament for the first time 2008, received the 15th seed in the 16-team East Region, and will face second-seeded Purdue Friday in Detroit.

The Titans (20-11) will be making their third tournament appearance in school history and first since 2008. Fullerton won two tournament games in 1978, reaching the Elite Eight, before a 61-58 loss to Arkansas in the West Region final. Fullerton lost to Wisconsin, 71-56, in a first-round game in
2008.

Fullerton earned the tournament berth with a 71-55 victory over UC Irvine in the Big West Tournament final Saturday night in Anaheim.

The first four teams out of the field were Baylor, Saint Mary's, USC and Notre Dame, while the Fighting Irish and Bonzie Colson were left out when Davidson won its conference tournament and forced Rhode Island into taking an at-large bid.

USC was seeded second in the Pac-12 Tournament but lost the conference final.