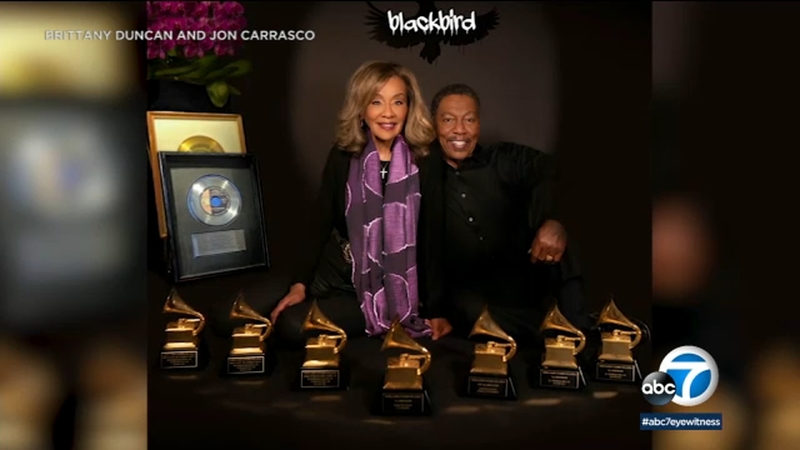 HOLLYWOOD -- Music icons Marilyn McCoo and Billy Davis Jr. are back in the spotlight for all the right reasons. They're releasing their first studio album in 30 years. And, as part of The Fifth Dimension, the two are featured in the new documentary from Questlove, "Summer of Soul."

The film takes us back to the 1969 Harlem Cultural Festival--a celebration of African American music and culture. It features never-before-seen concert performances by some of our music greats...all on reels of film that sat in a basement for 50 years before being rescued and restored.

"We're talking about people who have done some truly amazing music and have set the direction for our, for the contemporary music scene for 50 years," said McCoo.

"I think that's what the buzz is all about, you know? And once they see it, then they see that it is a true piece of American history," said Davis.

Marilyn and Billy are still making music history. Their latest album, "Blackbird: Lennon-McCartney Icons" is their first studio album in three decades. It features 10 songs from the work of Paul McCartney and John Lennon, including "Ticket to Ride."

For 50 years, the footage of an epic event that celebrated Black history, culture and fashion, The Harlem Cultural Festival, sat unseen. Until now.

"But now I wanted to take it a totally different way. So I said, 'Hey, this tune lends itself to be a total downhome blues," said Davis. "And that's the way be took it because it is a blues number."

They're now working on an expanded version of their "Blackbird" album...and their music is being noticed--even in "Billboard."

"We haven't been in "Billboard," you know, you're talking about years. It's been quite a few years," said McCoo.

Billy and Marilyn first gained fame with The Fifth Dimension. The group got a star on the Hollywood Walk of Fame 20 years ago. And now, another one is on the way!

"Our second star on the Hollywood Walk of Fame. And this time, we're going to be the first African-American couple to get a star together," said McCoo. "And we're just really excited about that."