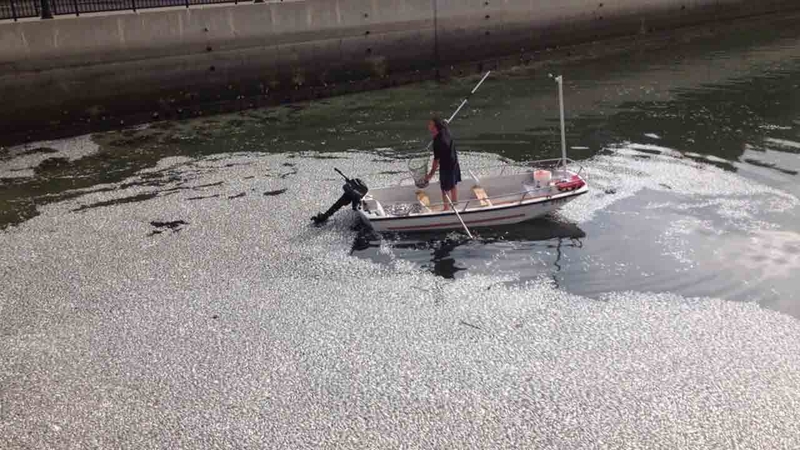 Anchovies, stingrays, halibut, sunfish and an octopus were among the thousands of dead fish that rose to the surface at Basin A of the marina near Tahiti Way, according to the Sheriff's Department.

Nearby residents said they knew something was wrong Saturday evening.

"It was like a Hitchcock movie. There were so many birds diving into the water and feeding. You could see the silver of the fish underwater, it was crazy," said Michael Quill of Marina Del Rey.

Why the fish washed ashore remains unknown, but the phenomenon allegedly happens once or twice a year.

The state Department of Fish and Wildlife were called in to clean up the fish. Residents said the stench was overpowering.

"When water is heated, it can't hold oxygen as normal as if it were cooler, then we get these massive fish kills. This is a classic harbor event," said Kay.

Similar incidents have occurred in Redondo Beach and the Ventura Harbor in the past. In those instances, the piles of dead fish were later used as fertilizer.

A nearby resident, who is also a fisherman, collected a few anchovies to use as bait on an upcoming fishing trip.