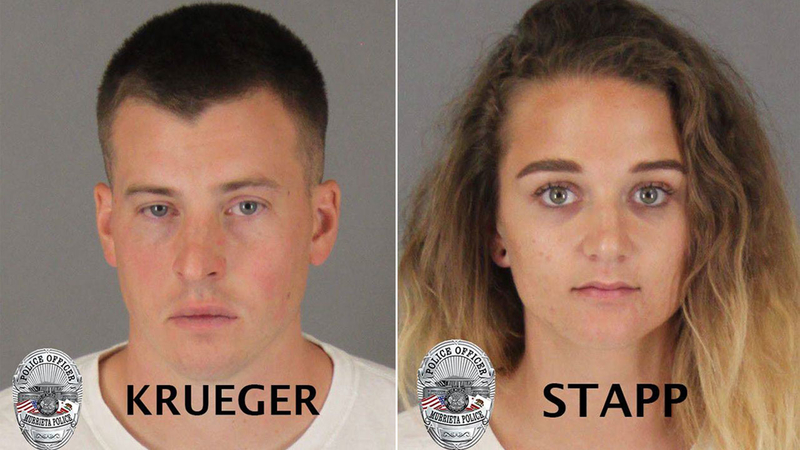 MURRIETA, Calif. (KABC) -- A U.S. Marine and a 27-year-old woman have been arrested in connection with the death of a man whose body was discovered in a shallow grave at Joshua Tree National Park.

According to the Riverside County Sheriff's Department, on June 2, deputies helped the National Park Service with investigating a shallow grave site that partially covered human remains at the park.

In a follow-up investigation in the 24000 block of New Clay Street in Murrieta, a crime scene was discovered. The discovery led to the arrests of Curtis Krueger, 30, and Ashlie Stapp in Twentynine Palms on Wednesday. Krueger was arrested by deputies near the south entrance to the Marine Corps' TwentyNine Palms Air-Ground Combat Center. Stapp was taken into custody on the campus of Copper Mountain Community College in Joshua Tree.

Both were booked for homicide and conspiracy, according to the Murrieta Police Department.

A possible motive was not disclosed, and there was no word on how the suspects were connected to Stange.

A U.S. Marine spokesperson issued a statement saying, in part: The Marine Corps takes allegations of this nature, and that of any criminal misconduct, seriously. We will continue to cooperate with the law enforcement agency in charge of this investigation."

This investigation is ongoing. Murrieta police requested that anyone with information related to the investigation contact Detective Sgt. Spencer Parker at (951) 461-6364.