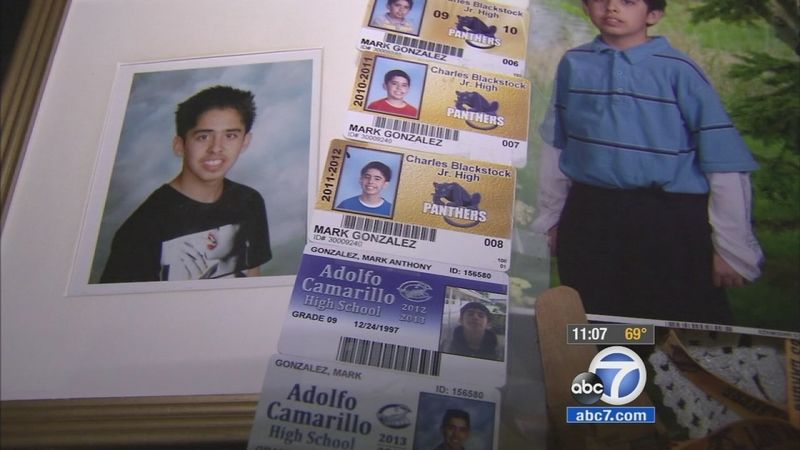 OXNARD, Calif. (KABC) -- A family grieves the loss of a 17-year-old who was killed by a hit-and-run driver in Oxnard.

Mark Gonzales, who had special needs, was known throughout the neighborhood as "Hoops" for his love of playing basketball in the backyard of his home.

On Sunday morning, just before 10 a.m., he was crossing the street at Petit Drive and Dollie Street when he was hit by a four-door, light-colored sedan. The car was captured on a neighbor's surveillance camera just before the deadly impact. It has a sun roof and dark tinted windows in the back.

Socorro Gonzales is heartbroken that his only son is gone, and he had a message for the driver.

"You broke our hearts...you broke the hearts of the big family that loves Mark," he said, fighting back tears.

Gonzales loved school and was set to begin his senior year on Wednesday at Adolfo Camarillo High School. His mother, Irma, said he was on the honor roll and always earned "As."

"Based on the evidence that we have so far, there is no doubt in my mind that the driver knows exactly what happened and he or she needs to come forward to help Mark's family. It's hurting all of us," he said.

While Gonzalez's family mourns his loss, they are also celebrating his generous gift as an organ donor.