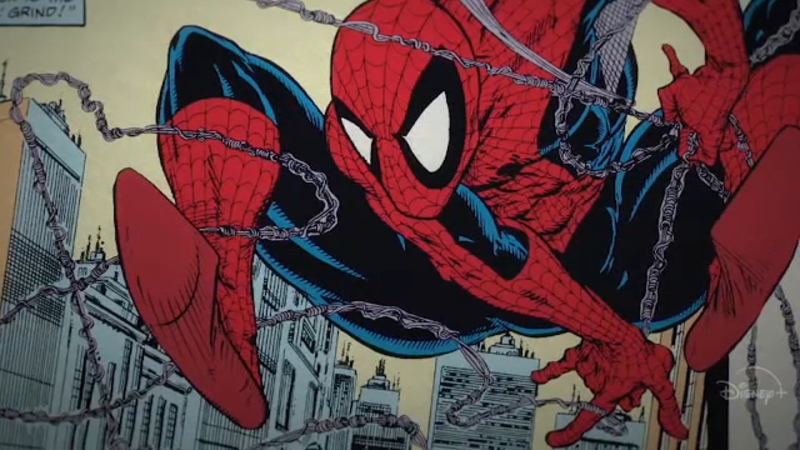 Each documentary, helmed by a unique and different filmmaker, showcases the intersections of storytelling, pop culture, and fandom within the Marvel world.

"Marvel 616" takes its title from the original Marvel comics world, with the "616" dating back to the very first Timely Comics publication in 1939.

Fans of Marvel Comics can't get enough of the story behind each one of the superheroes, and blockbuster movies have only increased interest in "The Avengers" and the rest of the Marvel Universe.

If you think of Marvel, the name of the late Stan Lee is usually the first to come to mind. He was the genius who created Black Panther, Spider-Man, Iron Man, and so many more.

"Stan always said the Marvel Universe is the world outside your window," said one who worked with him.

But Lee never drew any of the characters, relying instead on gifted artists to realize his creations.

"Stan had an idea," said Sarah Amos, an ABC News veteran drafted to help create this new series as executive producer. "He'd get it out. He'd move on to the next thing."

Amos is a comic book fan, but her collaborator, Executive Producer Jason Sterman, isn't so much. Still, they worked together to make a compelling series.

"No two episodes are the same, so you don't have to it with any knowledge whatsoever," he said. "Or, if you have the most knowledge possible, you will still have something you can connect with."

The connection between fans and Marvel is perhaps closest during what called cosplay (short for Costume Play) in which fans dress-up as their favorite characters.

"People are doing it, and they're dressing up and they put on these costumes," Sterman said. "It's embodying something that they're connecting with deeply."

And the appeal of the characters is widespread.

"It's a 16-year-old from Queens," Amos said. "It's a girl from Jersey City. We can see ourselves in these characters."

Marvel, owned by the same parent company as this ABC station, employs 3,500 artists around the world, and viewers meet some of them in the course of the series that spotlights a very diverse group.

However, "Marvel 616" also has a broader purpose: to explain why these characters have become so much a part of our culture.

In the course of making the show, Amos has learned an answer.