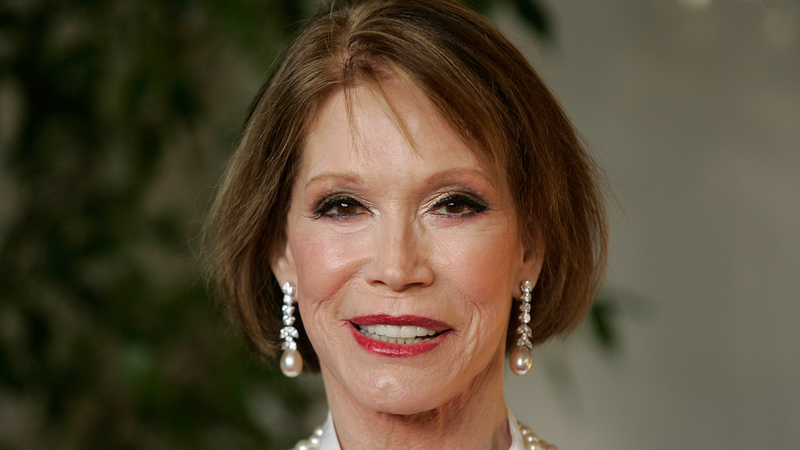 LOS ANGELES (KABC) -- Legendary actress Mary Tyler Moore has died, according to her longtime representative. She was 80.

The television icon had long battled type 1 diabetes after she was diagnosed in her 30s and underwent brain surgery in 2011.

"Today, beloved icon, Mary Tyler Moore, passed away at the age of 80 in the company of friends and her loving husband of over 33 years, Dr. S. Robert Levine. A groundbreaking actress, producer, and passionate advocate for the Juvenile Diabetes Research Foundation, Mary will be remembered as a fearless visionary who turned the world on with her smile."
Several fans stopped by Moore's star on the Hollywood Walk of Fame to pay their respects. Moore was honored with the star in 1992.


Moore shot to fame after starring as Laura Petrie in the "The Dick Van Dyke Show" in the 1960s.

She later went on to star as Mary Richards in "The Mary Tyler Moore Show" in the 1970s. The role of Richards would become one of the most famous characters in television history.

Moore won seven Emmy Awards and was nominated 15 times. She was inducted into the Television Academy Hall of Fame in 1986.

Moore's performance in the film "Ordinary People" landed her an Oscar nomination in 1980 and she was awarded the Screen Actors Guild Life Achievement Award in 2012.

Born in Brooklyn, Moore's family moved to Los Angeles when she was 10. When she turned 18, Moore married her next-door neighbor, Richard Meeker, a 27-year-old food salesman. Shortly after the couple had a son together named Richard.

During Moore's run on "The Dick Van Dyke Show" her personal life underwent dramatic changes and she later divorced Meeker.

In 1963, she married NBC executive Grant Tinker. When Moore miscarried with what would have been the couple's only child in 1966, she learned that she was diabetic.

Moore would go on to serve as a spokesperson for the Juvenile Diabetes Foundation.

In 1980, tragedy struck as her son Richard shot and killed himself while playing with a gun at the age of 24. The death was ruled accidental, although Richard's roommate said he'd been playing Russian roulette.

The following year Moore and Tinker divorced. She would later marry Dr. Robert Levine in 1983.

In her memoirs, Moore spoke of her battle with alcoholism, and in 1984 she checked into the Betty Ford Clinic in Rancho Mirage to receive treatment.

Besides her extensive work with diabetes foundations, Moore has also been an animal advocate.