A teacher seen punching a student during a fight at Maywood Academy High School is gaining support as a GoFundMe set up for him is raking up thousands of dollars.

MAYWOOD, Calif. (KABC) -- A teacher seen punching a student during a fight at Maywood Academy High School is gaining support as a GoFundMe set up for him is raking up thousands of dollars.

The Friday afternoon fight, which was captured on video, involved 64-year-old music teacher Marston Riley and a 14-year-old student. The student was transported to an area hospital, where he was treated for minor injuries and released.

Riley was arrested and booked for child abuse but posted bond over the weekend. He is getting support - a GoFundMe account set up for him has raised more than $114,000 as of Tuesday afternoon.

"He kept provoking Riley and started throwing his basketball at him," she said. "He was, like, calling him the "N" word."

Parents who spoke to Eyewitness News about the incident appear to be divided. Some believe Riley was just defending himself and others say he's known to be aggressive. Many students told Eyewitness News Riley was one of the more popular teachers on campus and are shocked he ended up in a brawl with a student.

"I was really shocked because he's more of a calm teacher, and he respects everyone and doesn't really act that way. If he wants you out of his class he'll ask you politely," said student Amy Viagas.

Viagas agrees with many students who say Riley was simply provoked.

"It was a mistake that he swung at the student and let the emotions get to him, but I feel like it was the student's fault for provoking the fight," she said.

In a short video posted on the growing GoFundMe page, Riley speaks on the heels of the support he's getting from students, faculty and parents.

"...I want to thank you for supporting me. You are a blessing. Thank you," he says.

Riley is due in court Nov. 30 as the fight remains under investigation by the Los Angeles County Sheriff's Department.

Meantime, crisis counselors were made available on campus for any students who need to discuss what occurred. Also, extra campus security will be on hand throughout the week.

"The incident we saw does not reflect the values of Maywood Academy High School and the wonderful teachers and students who make up the Maywood community," Los Angeles Unified School District Superintendent Austin Beutner said in a statement. "We will continue our work to make each school a safe and welcoming learning environment for students and to provide teachers and staff with the support they deserve." 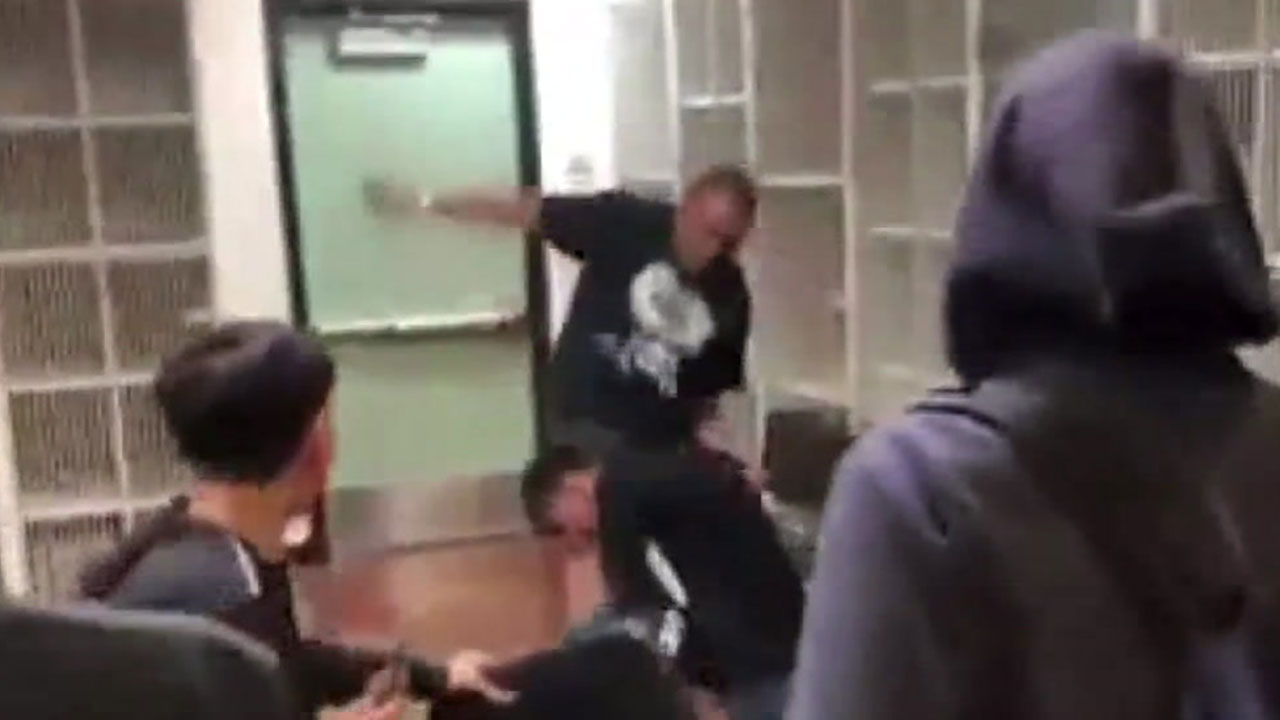