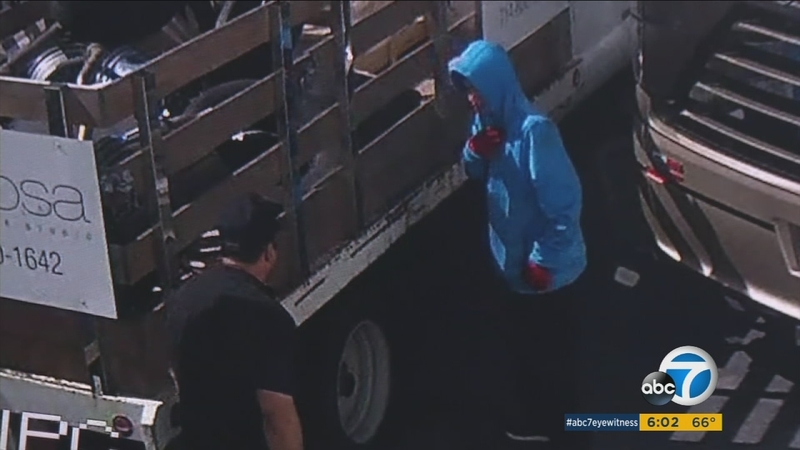 "Those things are not easy to move, park and maneuver out of the back so not seeing it was a shock and I had to do a double take," owner James Sofronas said.

Sofronas said the thieves spent nearly half an hour at the performance tuning and race team operation. The total loss is nearly $1 million.

"We've recovered their motor coach, unfortunately it was stripped. Their trailer, unfortunately all the McLaren and Porsche parts were taken," Cpl. Anthony Bertagna said.

Those parts are what Sofronas is most frustrated about. They belong to his McLaren 570 GT4 race car, which is only one of about half a dozen in the U.S.

The expensive and extremely rare parts are causing headaches for the whole team as they prepare to have two cars race in this weekend's Long Beach Grand Prix. What is even worse is that they held an open house the day before the break-in.

"I'm inclined to think that maybe somebody was looking around a little bit longer and saw some opportunities to come in the next day and do what they did," Sofronas said.

Police are asking for help identifying the men. Sofronas is pleading for them to just bring the parts back.