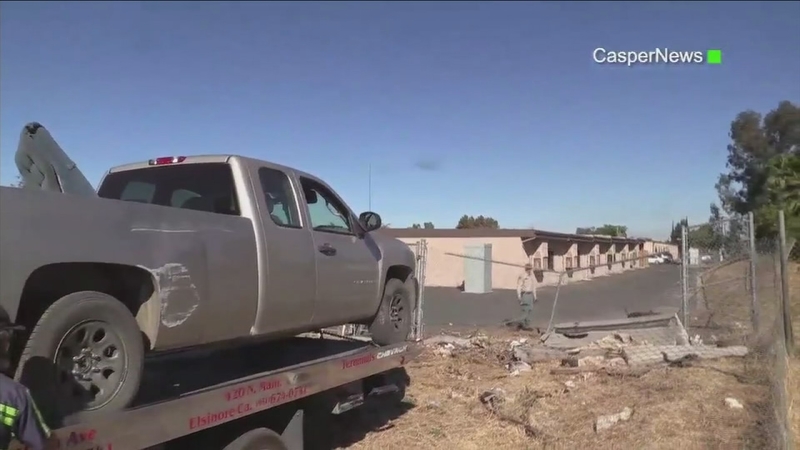 MEAD VALLEY, Calif. (KABC) -- An Inland Empire school was placed on lockdown on Wednesday after a felony suspect led police on a hot pursuit, crashed into the school fence and tried to escape onto the campus.

All the while, a crowd of parents waited outside. They could only guess what was going on.

Sheriff's officials said deputies tried to pull over the suspect vehicle about 3 miles from the school. The driver was wanted for weapons violations and vehicle theft.

"When deputies got behind the vehicle, which was a gold-colored Chevy pickup truck, the suspect attempted to evade capture, failed to yield, and a vehicle pursuit ensued," said Sgt. Chris Willison.

When the suspect, 32-year-old Hector de la Torre, crashed, he got out and ran onto the campus.

A spokesperson for the sheriff's department said it didn't take long for deputies to catch up to him and arrest him, but he didn't go down easy.

Paramedics were called to the scene to treat the suspect, and there were no injuries to any of the deputies involved, Willison added.

The campus was placed on lockdown for about 30 minutes while detectives looked for evidence. They found a handgun in the stolen truck.

"There was reason to believe that narcotics or illicit drugs may have been discarded as part of this investigation," Willison said.

Officials said drugs were never found, but parents said it gave them a brief scare.