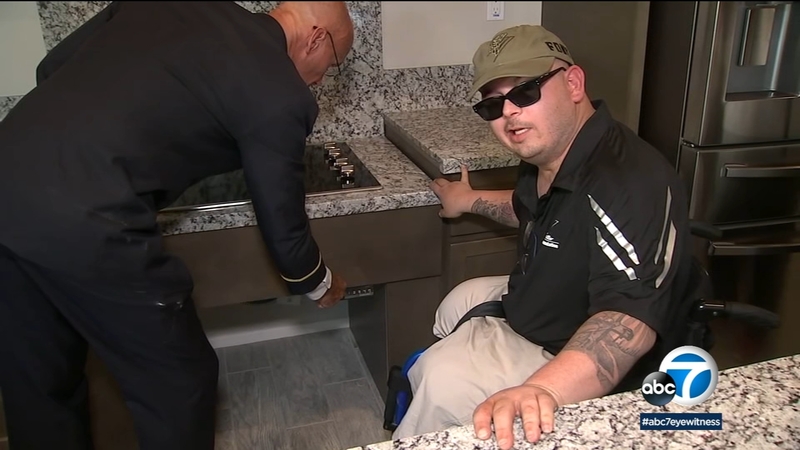 MENIFEE, Calif. (KABC) -- Cpl. Timothy Jeffers was given a hero's welcome as a procession led by the Patriot Guard escorted him to the driveway of his new home.

Some of Jeffers new neighbors as well as members of the Menifee community lined the sidewalk to cheer his arrival.

"There is no better day than Veterans Day than to welcome home a true American hero," said Jack Oehm, a retired New York City firefighter with the Tunnel to Towers Foundation.

Jeffers was handed the keys to his custom built mortgage-free home courtesy of the Stephen Siller Tunnel to Towers Foundation. The non-profit is named for the NYC firefighter who died rescuing others on September 11, 2001.

Jeffers, a Marine, was in the Anbar Province of Iraq in 2006 when he was hit by an improvised explosive device. The IED took both his legs and an eye. Today, his service and sacrifice were honored with a home built to accommodate his needs.

"It is an awesome house. I've never seen one like it," said Jeffers.