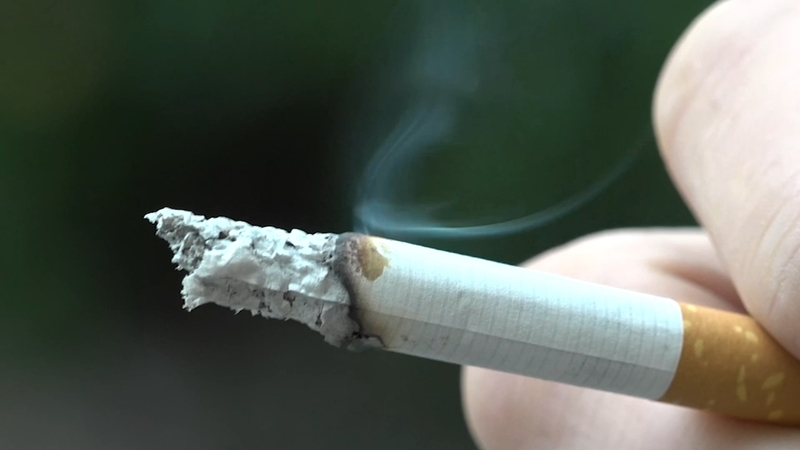 RALEIGH, N.C. -- The FDA's proposal to ban menthol cigarettes and flavored cigars is being applauded by advocates and doctors, who believe the step could help continue a trend of decreased smoking rates.

Menthol cigarettes account for more than 1/3 of all cigarette sales in the US.

"When I'm asking patients about their tobacco use, I'm always asking about what kinds of cigarettes they use. And if they smoke menthol cigarettes, to change to non-menthol cigarettes as we work on cessation," Stacy Thiedeman, a Tobacco Cessation Specialist part of the Quit With WakeMed program said.

Thiedeman is working with Jameka Wells, who found this strategy useful in her efforts to stop smoking.

"It's probably a lot easier to quit smoking a non-menthol cigarette," said Wells, who emphasized the value of the telehealth focus in WakeMed's program.

There is a wide demographic split among those who smokes menthol cigarettes, with 85% of Black smokers using them compared to just 30% of white smokers.

"To me, it even goes a little bit deeper into how the cigarette companies market their products to different people. The level of access. I know if I go to ta predominately African-American area, I'm going to get more access, faster access, more reasonably-priced access," said Wells.

"What we hope for is that this ban will especially reduce initiation of the use of tobacco products and starting to smoke. We know adolescents and children they start with menthol cigarettes because they taste very mild, they're not as irritating. And they make you addicted faster," said Dr. Sven-Eric Jordt, Associate Professor in Anesthesiology at Duke University School of Medicine.

"Menthol cigarettes essentially fools new users into thinking it's not as harsh as a traditional cigarette, because it does allow for the cooling of the throat," added Sward. "The chemical properties of the additives associated with menthol that make it harder to quit smoking too. So what we really see is a double-whammy when it comes to menthol."

Dr. Jordt pointed to the success of menthol bans in other countries.

"We've seen in Canada and the European Union where menthol cigarettes have been banned quite significant decline in smoking rates. It's actually fewer than expected switching to regular cigarettes, and many smokers just quit," said Dr. Jordt.

One report found that in Canada, which instituted its ban in 2017, 24% of menthol smokers had quit within a year.

"A lot of times I wasn't even inhaling the smoke when I started cigarettes. Then it became a habit. And then I became addicted," added Jennifer Gattis, a former smoker from Mebane.

Gattis said she has been smoke-free for 86 days, celebrating her accomplishment.

"To some people that may not seem like a long time or worthy to celebrate, but being that I was a smoker for about 11, 12 years and I quit cold turkey, I'm very happy about this," said Gattis, who noted she knows many fellow menthol smokers.

She was convinced to quit after a discussion with her doctor, who highlighted her family's history with COPD.

"Ask yourself this one question - and this is do you want to live? If the answer is yes, you can reach out to your healthcare provider and see if they offer smoking classes and speak with your doctor. Go to your doctor and let them know that you need help," said Gattis, who also noted the value of a support group.