Doug Stephens sent a message in a bottle 36 years ago.

Doug Stephens has sent at least a few messages in bottles, but never has he been contacted about one being found. Until, that is, one that he wrote in 1981 was discovered this month.

"You're like, 'Holy cow. It just brings back memories,'" Stephens told ABC News of getting reunited with the bottle, which is planned for August.

Georgia man Ryan Burchett told ABC News that he was searching for seashells on St. Simons Island on June 17 when he found the bottle in the sand.

"I could see there a message in it and I was like, 'Holy smokes,'" he said.

The bottle he'd found contained a note written by Stephens when he was 20 years old while he was visiting home from the University of Texas. He wrote:

"This bottle was set adrift off Fernandina Beach, Florida on the 10th of June, 1981. To the finder, I would appreciate it if you would respond as to where, when and found by whom. My permanent address is as follows on the back. Thanks, Douglas H. Stephens."

Stephens doesn't live at the address any more, and as it turns out, neither he nor Burchett has a Facebook page. The two were able to find each other, however, when a friend suggested Burchett share the photos with SouthEast Adventure Outfitters, an eco tour agency based on St. Simons Island. The company shared it on Facebook and it didn't take long to find Stephens and help the men contact each other.

The two plan to meet up around the end of the summer so Burchett can give the bottle back. Stephens said they plan to share a few laughs over a beer. Burchett is looking forward to it, too.

"I think that's the most exciting thing -- to give the bottle back," said Burchett. "I'm more excited about that than when I found it." 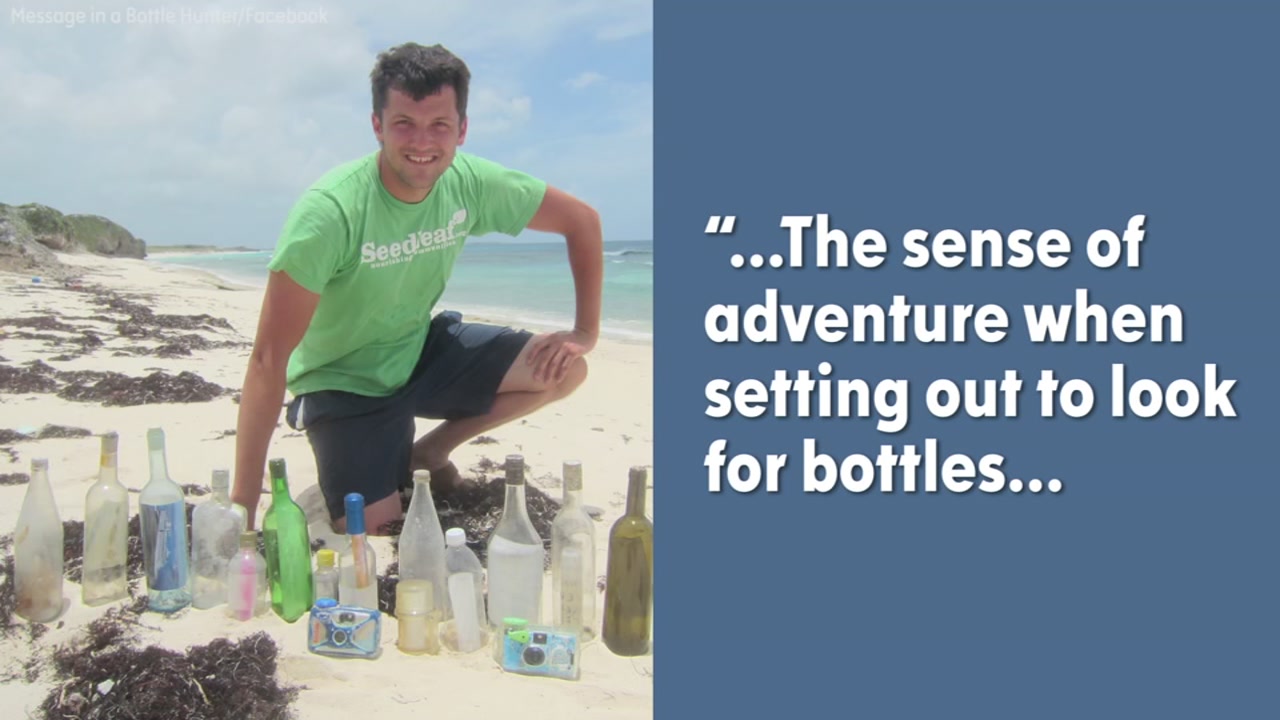 This man has found 80 messages in bottles, and counting